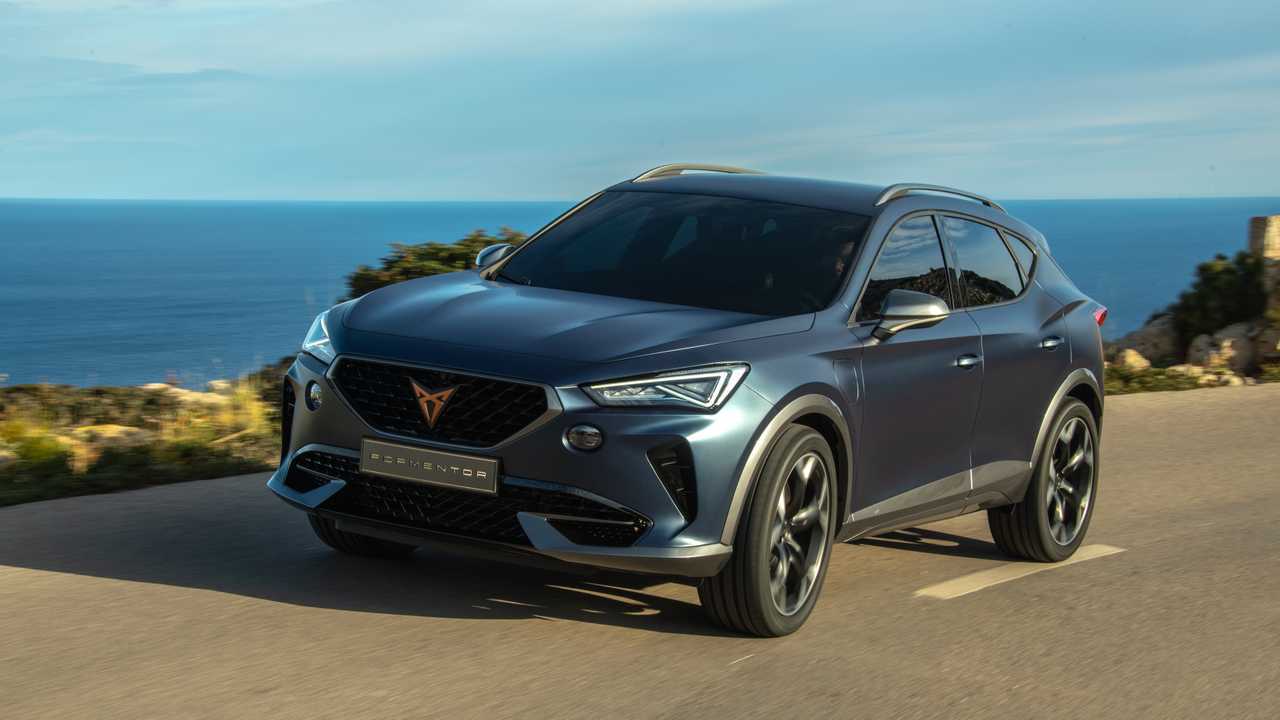 Seat's Cupra presented its first model developed specifically for the brand - the Cupra Formentor - around the stunning roads of Cap de Formentor, Mallorca. This is the site upon which the car gets its name.

The Spanish company plans to launch the plug-in hybrid performance crossover/SUV in 2020 (in Europe) with only minor changes to the design.

"The vehicle brings together the benefits of a performance car with the qualities of an SUV, at a time when the CUV segment is destined to see incredible growth. It demonstrates the ambition, expressiveness and inspiration that the brand inherently holds and underlines the CUPRA’s position as a technology brand with one eye on the future.

The CUPRA Formentor is engineered to take the brand into the future, incorporating one of the most advanced propulsion systems and providing the performance the CUPRA badge demands, but in a sustainable manner.

Powering the CUPRA Formentor is the high-performance plug-in hybrid engine, a powertrain designed to meet today’s requirements for performance and efficiency and begin the electrification of the brand."

The Cupra Formentor will be able to go up to 31 miles (50 km) in the new WLTP cycle, while the system output of the gasoline engine and electric motor is 180 kW / 245 PS.

Before you jump into photo gallery and videos, here is how Cupra describes the design of Formentor:

"The CUPRA Formentor has been sculpted to emphasise its varied attributes and the last word in sophistication.

The CUPRA Formentor is closer to the ground to highlight its sportiness, with a visual emphasis placed towards the rear of the vehicle while at the same time accentuating the length of the bonnet, underscoring its dynamic proportions.

The high-quality aesthetic is strengthened with the integration of the rear infinite light concept that magnifies the distinctive look of the rear of the vehicle, while the overall design is heightened by the matt petrol blue exclusive exterior colour."

Martorell, 21/05/2019.- The meeting point of the winds is the name given by the people who live on Majorca to Cape Formentor, which is the northern most tip of the island. A spectacular coastal road, flanked by cliffs rising to 300 metres, leads to the lighthouse that crowns the summit of the cape. For the first time, the CUPRA Formentor is driven in the landscape that inspired its design.
Sculpted by the wind: The wind and waves shape the steep cliffs of Cape Formentor every day. This changing seascape inspired CUPRA exterior designer Alberto Torrecillas to create its streamlined silhouette. “Wind sculpts the rocks, which inspired me to design the side blisters that show dynamism and a feeling of movement, even when the car is stationary."
Crystal clear waters: The turquoise blue sea changes colour when the north wind blows. Beneath the surface, the hues get gradually darker in the underwater canyons up to 60 metres deep, which are ideal for diving. The varying colours of the Mediterranean inspired the Color & Trim department to create the Blue Petrol hue, a deep, almost black matte blue that was specifically designed for this concept car. “When light shines on the contours of the CUPRA Formentor you can make out from the deepest shadows to the brightest shine”, says Torrecillas.
Cliffs that soar to over 300 metres high: The road that meanders around the Formentor peninsula is a labyrinth of curves built by Italian engineer Antonio Parietti in the 1930s, with the strong northwest winds as a guide. “My first trip with the CUPRA Formentor on this impressive road bordering steep cliffs and a magical landscape was an amazing experience”, explains Alberto. “The feeling of driving a car designed by you in a location as spectacular as this is unique."
Photovoltaic solar energy: The Formentor lighthouse stands at the end of the road, at 188 metres above sea level. Its rugged and remote location made it the most difficult lighthouse to build on the Balearic Islands. The 56 metre high tower entered into operation in 1863, and today works with photovoltaic solar energy. On the other hand, the CUPRA Formentor is equipped with a high-performance plug-in hybrid engine that points the way forward for the electrification of the brand.