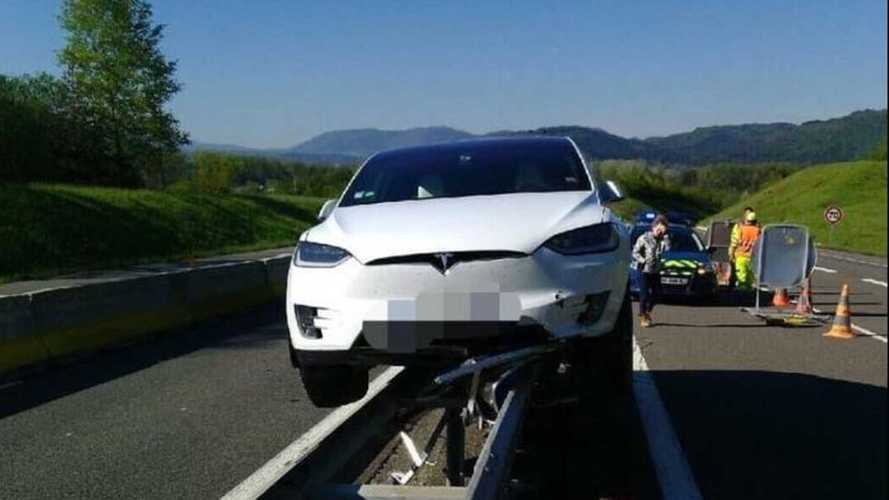 Yes, the Tesla Model X can fly, and it balances quite well, too.

Fortunately, no one was injured in this recent Tesla Model X "accident." We have no way of knowing how it ended up on top of a guard rail, but clearly, it had some air time.

While the Tesla Model X is not a true off-road vehicle, we've shared many videos of it leaving the pavement. Sometimes it appears to perform pretty well, while other times ... not so much. However, this "off-road" Model X is truly a different story.

As you can see from the images shared on Facebook, this Model X must have left the ground and landed on the guard rail. It's balancing precariously on its skateboard battery pack. It appears there's minimal damage to the crossover, though we'd love to know the whole story.

Sadly, the police on the scene didn't elaborate on the situation. However, they did release a statement (translated from French via Electrek):

“A new flying Tesla vehicle flew off the guard rail on A404 highway toward Bourg/Oyonnax around the end of the exit. The landing was soft. The driver was safe – more fear than hurt.”