NTSB: Tesla Autopilot Was On When Model 3 Hit Semi Resulting In Death

The NTSB investigation reveals that Autopilot was active at the time of the fatal crash.

Preliminary findings indicate the Autopilot system was indeed on at the time of the fatal crash involving a Model 3. The accident occurred in Delray Beach, Florida back on March 1, 2019.

***See video below for additional background information on the wreck. Note that the video was released back when the crash initially occurred.

According to new information, the National Transportation Safety Board (NTSB) claims that neither Autopilot nor the driver of the Tesla attempted any evasive maneuvers before hitting the truck.

The driver of the Model 3, Jeremy Beren Banner, perished in the crash.

We should point out that this information from the NTSB is only preliminary at this point in time. A final, conclusive report will be released at a later date.

“We are deeply saddened by this accident and our thoughts are with everyone affected by this tragedy. Tesla drivers have logged more than one billion miles with Autopilot engaged, and our data shows that, when used properly by an attentive driver who is prepared to take control at all times, drivers supported by Autopilot are safer than those operating without assistance. For the past three quarters we have released quarterly safety data directly from our vehicles which demonstrates that.”

You can read the NTSB preliminary report here or view it directly below: 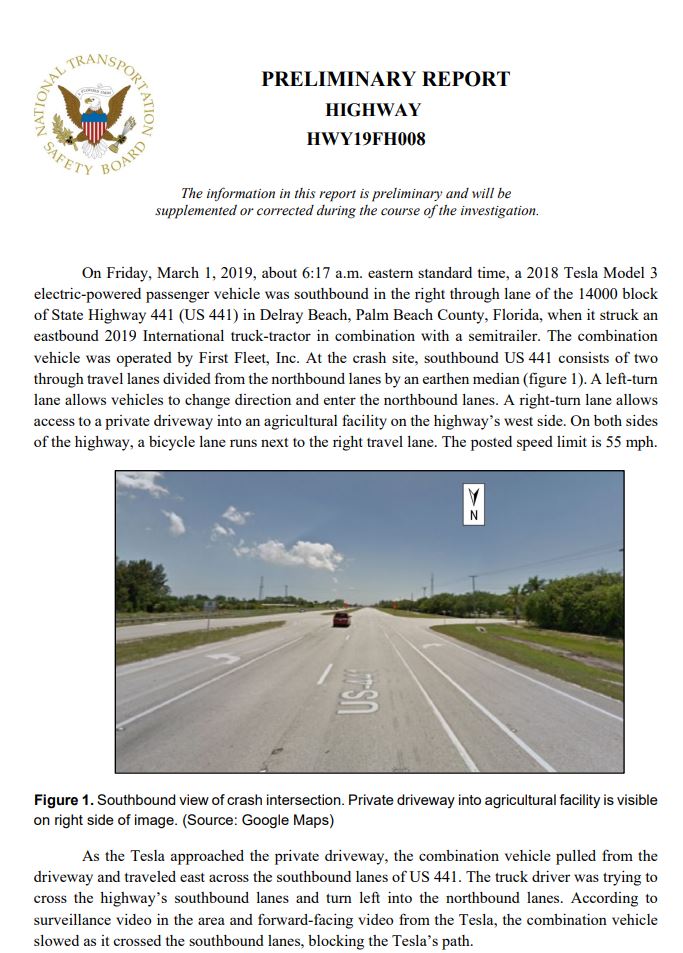 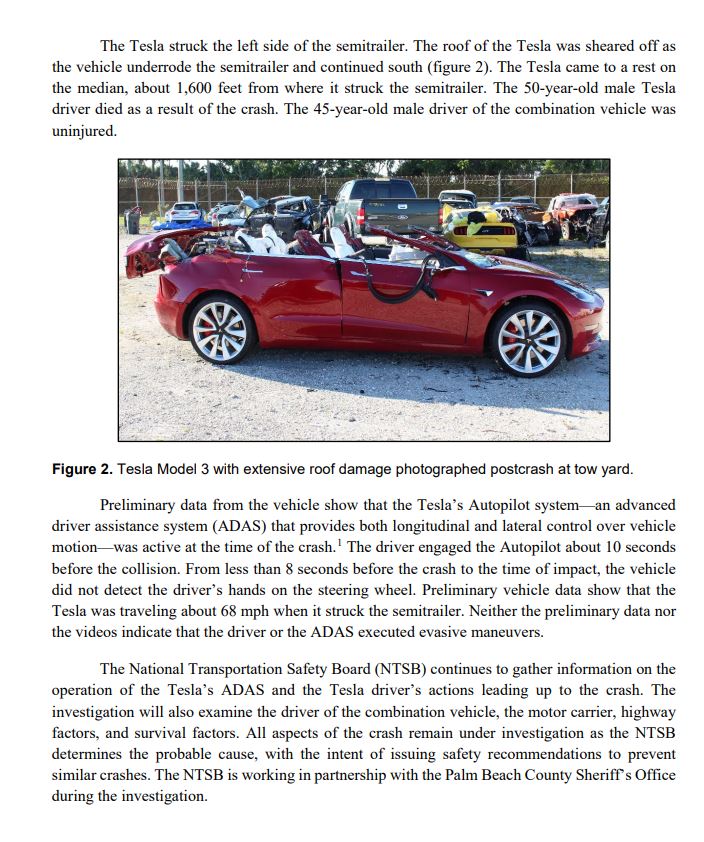