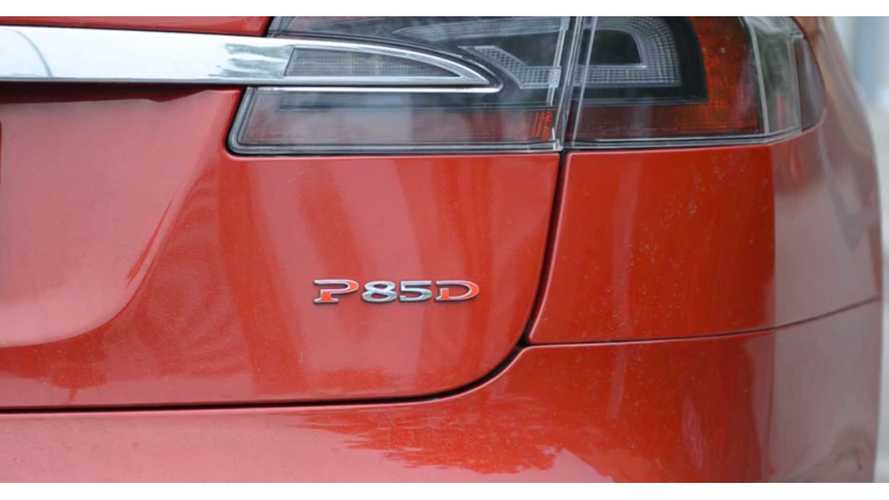 Some Tesla models may not be able to go full Ludicrous Mode. Not that many of you probably noticed, but still.

A reader tipped us off that numerous Tesla Motors Club forum members have been reporting for the past month or so that Model S and Model X P85D and P90D variants lost max power and launch control functions with a software update that started to be pushed out in late March. Owners were originally told by Tesla service technicians at various locations that it was a "bug," and would be corrected in a future update. But the right update hasn't come along for these owners.

Tesla Model Y Spotted In Public For First Time Ever
⠀

Tesla Model 3 Gets Free Power Boost: Edmunds Tests It Out

One reader told InsideEVs that the issue hasn't been fixed after several updates, though, and P100D models have not been affected. As of Friday, several Tesla Motors Club members were still getting a runaround from the company, with no clear timetable on when the settings would be restored on their vehicles.

A Tesla source told Roadshow Thursday the issue would be fixed and that the features were, "inadvertently removed from some vehicles during a UI update," and that they were, "in no way meant to limit the performance."

While most Tesla owners are unlikely to use Ludicrous Mode or even many of the performance bragging rights on a daily basis, there's something fishy about the company removing features that owners have paid for. Over-the-air updates are great for some things, less so when they can restrict or remove features you thought stayed with the car forever.