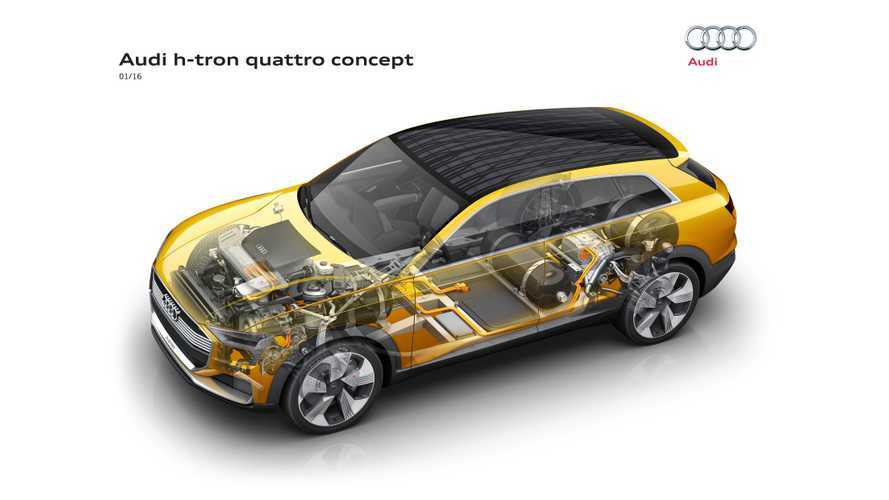 Company says it's restarting development of technology, with tests planned early next decade

While Audi has been promoting its battery electric vehicles lately, promising a great line of E-Tron models, the Volkswagen Group company has effectively resuscitated its development of hydrogen fuel cell technology for use in a vehicle as early as 2021.

Comments from earlier this year by Audi chairman Bram Schot resurfaced at Autocar on Friday, which revealed the company would launch a new generation design for a hydrogen fuel cell vehicle later this year and plan to produce a limited run as early as 2021 for private customer leases. Full production of such vehicles, however, would be several years after that, Schot said.

Audi E-Tron Gets New Incentives Ahead Of U.S. Deliveries
⠀

The Audi H-Tron concept appeared back in January 2016, just before the whole VW Group went all-in on battery electric vehicles from all of its brands – partly to tackle the global market for zero emissions vehicles and partly to address the backlash from its diesel emissions crisis. But, Schot said, the relatively recent idea to restart their hydrogen program comes as electric vehicles face battery supply shortages.

Audi announced in June 2018 a partnership with Hyundai on fuel cell vehicles for cross-patent sharing. Considering Hyundai is already selling its Nexo FCV globally, it's already well ahead of Audi and could help it catch up to the likes of Honda and Toyota – companies that have been developing the technology even longer.

What Audi, and the VW Group, has realized is that there isn't one answer to the zero-emission conundrum. And that, maybe, it's time to talk about hydrogen fuel cells more. Which will, hopefully, spur a better hydrogen fueling infrastructure conversation again.