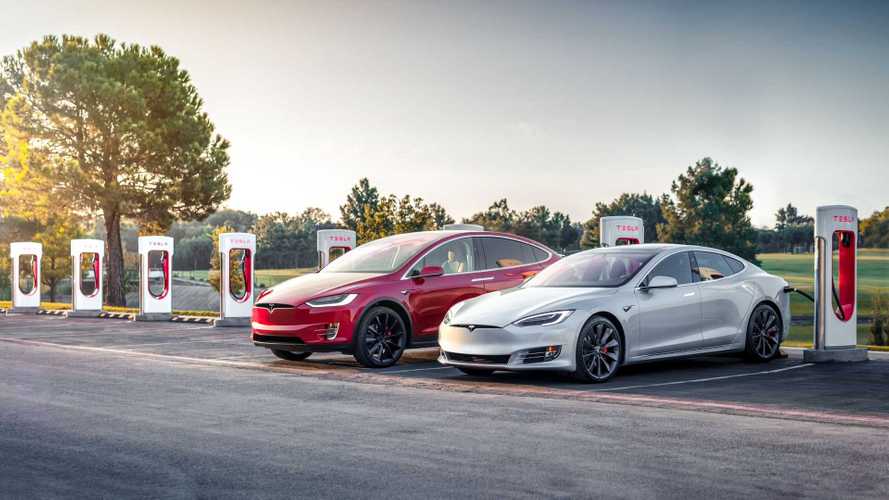 Tesla is clearly proud of its new Model S and X drive units and updates to its V3 Supercharging and adaptive suspension.

While Tesla doesn't advertise in the traditional sense, meaning it doesn't actually "buy" advertising, it certainly advertises on a huge level. The company and its CEO Elon Musk use the massive interest in social media to their advantage. Not to mention the company's referral program, which went away recently but was then reinstated soon thereafter.

We honestly think that if Tesla started truly advertising on a global level, much like all other automakers, the results could be astounding. Just imagine seeing a Tesla commercial during the Superbowl.

But, at any rate, the company is going to continue doing its thing and sharing on social media, at least for the time being. With all of that being said, the Silicon Valley automaker has finally decided to refresh its flagship Model S and Model X vehicles.

No. we're not talking about a traditional refresh or redesign here. C'mon, Tesla is as far from traditional as it gets and CEO Elon Musk has already made it clear on a number of occasions that a refresh is not happening.

Why? Because, due to Tesla's innovative over-the-air update system, and the fact that it switches out hardware on the fly (during the current production process), any "normal" refresh or redesign process is unnecessary.

Yes, of course there are some that suggest a new Model S or X body style, but Tesla puts more weight on range, performance, and features.

With all of that clarified, the car maker has recently updated its Model S and X with more efficient drive units, which means more range. We're talking about a whopping 370-mile Tesla Model S.

Moreover, the flagship cars are getting a new UI, which makes their suspension systems much better.

The company stated (via Teslarati):

The system constantly adapts by sensing the road and adjusting for driver behavior, automatically softening for more pronounced road inputs and firming for aggressive driving,Tesla wrote.

Please let us know your thoughts in the comment section below.