Panasonic Could Supply Tesla With 2170 Cells From Japan

It's not decided yet, but Panasonic is considering production of 2170 lithium-ion cells for Tesla in Japan

According to Reuters' sources, Panasonic is considering an upgrade of its Japanese lithium-ion cell factories to better suit Tesla's needs.

"Panasonic Corp may upgrade one of its battery plants in Japan to produce advanced-format battery cells for Tesla Inc if needed by the U.S. electric vehicle (EV) maker, a person familiar with the matter told Reuters on Thursday."

Currently, two Japanese plants produced cylindrical cells - 18650 type, used in the Model S and Model X, but Tesla needs mostly the new, bigger cylindrical cells - 2170 (also called 21700) used in the Model 3. According to Elon Musk, Tesla is constrained by Panasonic's insufficient output of 2170 at the Tesla Gigafactory in Nevada (24 GWh instead of expected 35 GWh).

Regardless of the ramp-up schedule at the Gigafactory, Panasonic could switch from 18650 to 2170 in Japan this fiscal year (by the end of March 2020). Reportedly the cost of such a switch is not high. As we understand, it's just form-factor rather than the chemistry itself. 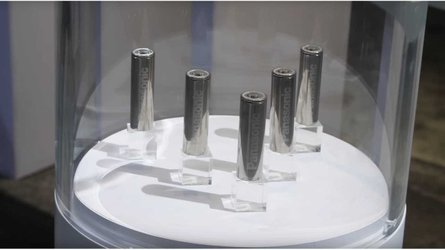 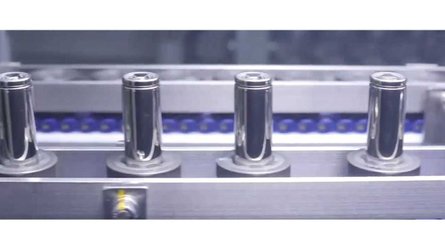 Usage Of Lithium For EV Batteries Up 76% In February

It's strange news to hear that after all the investment in the Gigafactory, Panasonic production lines are not enough to meet Tesla's demand for Model 3 and energy storage systems. The facility was built exactly to lower costs and not transport the batteries around the world.

Definitely, we are missing some details behind the story of the Gigafactory bottleneck.

"Panasonic in a statement said nothing has been decided.

The development comes after Tesla Chief Executive Elon Musk said Panasonic had been “a constraint on Model 3 output since July”. Panasonic’s Nevada output is 24 gigawatt-hours (GWh), Musk tweeted this month, as opposed to the planned 35 GWh capacity.

Panasonic said it had completed installation of its equipment for a Nevada capacity of 35 GWh by the end of March 2019, but that not all the installed equipment is in full operation."