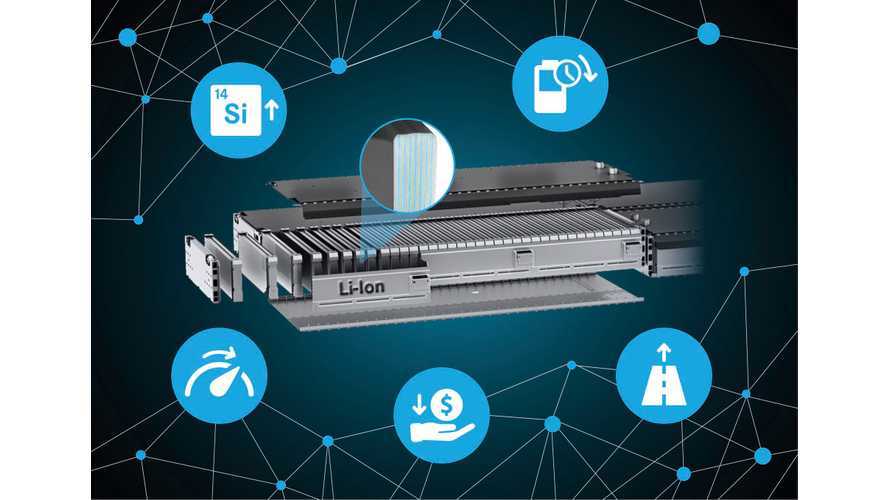 20% energy density gain on the horizon

The latest round was led by Daimler, who purchased a minority stake, hoping to get better batteries for its next-generation cars. Earlier, Sila Nanotechnologies was working with BMW.

Sila Nanotechnologies develops silicon-dominant composite materials for lithium-ion anodes that would increase the energy density by about 20% over state-of-the-art traditional li-ion with the potential for a 40% improvement. At first, new cells will be used in consumer electronics from 2020.

"Founded in 2011, Sila Nano is a leader in battery storage innovation, pioneering novel manufacturing methods to create a silicon-based anode to replace graphite in a lithium-ion battery. Improvements to traditional li-ion battery chemistry have stalled to a mere 1-2 percent increase every few years, holding back the potential of everything from consumer electronics to electric vehicles. Sila Nano’s breakthrough chemistry demonstrates a dramatic 20 percent improvement today, with the potential to reach 40 percent improvement over state of the art traditional li-ion."

According to the press release, new anodes can be simply deployed in current lithium-ion battery plants:

Another interesting news is that Jeff Immelt, former CEO of General Electric joins the board.

"Sila Nano appoints Jeff Immelt to its board as the company looks to grow into a global organization and serve energy storage needs across industries. Immelt brings deep global industrial experience from his tenure as CEO of GE, including a worldwide network of organizations that could benefit from Sila Nano’s innovations."

“We’ve cracked the code on silicon thanks to eight years and 35,000 iterations developing our materials to improve battery storage capacity. Now we’re ready to bring this to market, and partners like Daimler and Jeff Immelt bring critical expertise and support as we enter this next phase and begin putting Sila inside the vehicles and devices people use every day.”

“Advancements in lithium-ion batteries have become increasingly limited, and we are fighting for incremental improvements. I’ve seen first-hand that this is a huge opportunity that is also incredibly hard to solve. The team at Sila Nano has not only created a breakthrough chemistry, but solved it in a way that is commercially viable at scale.”

“We are on our way to a carbon free future mobility. While our all-new EQC model enters the markets this year we are already preparing the way for the next generation of powerful battery electric vehicles. Lithium-ion technology is currently the most efficient battery technology available, and still shows plenty of potential for the future. The advancements Sila Nano have made in battery performance are very promising. We are looking forward to a fruitful cooperation, pooling our know-how on further development and fast commercialization,”.