Saft & Tianneng To Produce 5.5 GWh Of Li-Ion Batteries In China 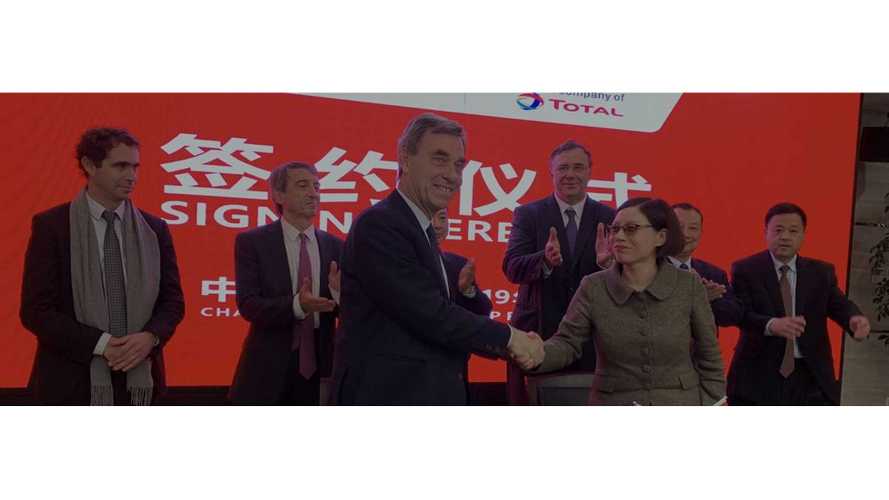 Saft will try to compete in China with the big boys

French battery manufacturer Saft, after being acquired by Total (one of the largest oil and gas companies in the world) in 2016, expands its lithium-ion battery activity in China.

Saft decided to set up a joint venture (40% for Saft) with Tianneng Energy Technology (TET), Chinese lead-acid battery manufacturer founded in 1986, which is part of the Chinese privately-owned Tianneng Group.

The plan is to prepare manufacturing capacity of up to 5.5 GWh per year at the "Changxing Gigafactory". The batteries would be envisioned for electric vehicles and energy storage systems. According to the press release, a fair part of the production capacity is already installed.

5.5 GWh doesn't sound much these days, but if it's a starting point let's give it a try.

One of the interesting things about Saft is that so far it wasn't able to build gigafactory-type of plant in France, despite the French and European Union governments would happily see European lithium-ion battery manufacturers.

"Manufacturing will be based at the Changxing Gigafactory, with a potential capacity of 5.5 gigawatt hours (GWh), among which several GWh are already in operation. Saft will have a 40% shareholding in the new JV, while the Tianneng Group will hold the remaining shares."

"The JV will primarily focus on the development, manufacturing and sales of advanced Li-ion cells, modules and packs for China and worldwide markets. E-bikes and Electric Vehicles (EV), as well as Energy Storage Solutions (ESS) will be the target markets."

"The partners also plan to expand the Changxing facility to ramp up its production capacity to meet future growing demand, mainly driven by e-mobility sales and the development of renewables."

"This is a first strategic move driven by Total, following the acquisition of Saft in 2016, to grow Saft's activity in China, the world’s largest renewables market, as well as in the ESS segment as an essential component to the large scale development of intermittent renewable energies. The JV will allow Saft to join forces with a Chinese partner, a world leading lead acid battery manufacturer, willing to develop its lithium-ion activities. It will also give Saft access to China’s booming battery market as well as highly-competitive mass production capacity to accelerate its growth.”

“This partnership enables us to benefit from Saft’s 30 years of experience and strong technical leadership in Li-ion cells. Saft’s outstanding reputation for high quality products will be crucial in providing the JV with the market credibility vital to expand our business.”

“We are delighted to start building a long-term partnership with Tianneng with a shared industrial vision. This JV will allow us to make a step change and significantly increase our footprint in the Chinese Li-ion market that will represent over 40% of the global demand by 2025 and to develop our worldwide activities.”