West Coast Power Providers Explore Charging For Trucks Along I-5

Utilities are studying their role in electrifying the corridor

The I-5 highway is already equipped with DC fast chargers for cars, but it will need a new charging infrastructure for heavy-duty vehicles, which are currently under development by many manufacturers. With more than 1,300 miles between the Canadian and the Mexican border, electrification will be a huge project and utilities already recognize the need to work together.

The study is expected to be concluded by year’s end, according to the press release. With a set of recommendations ready for implementation, it should be easier to get some financing for the installations of multi-megawatt charging stations we guess.

"The study will explore how best to provide EV charging on I-5 and its connecting routes for medium- and heavy-duty electric trucks that are being introduced by several major vehicle manufacturers, as well as to help determine what role electricity providers can play in electrifying the corridor. Key locations for electric truck charging infrastructure will also be identified and prioritized." 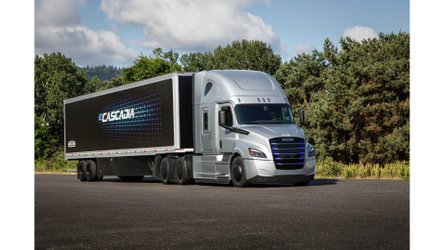 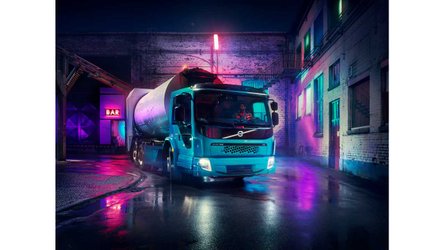 The main reason behind the initiative is the need to improve air quality and health in the communities. Most of the air pollution comes from transportation and areas around I-5 are especially exposed:

Caroline Choi, senior vice president of Corporate Affairs for Edison International and Southern California Edison, one of the utilities sponsoring the study said:

“Many of the utilities represented in this partnership have programs to support charging electric vehicles that travel within our own territories, but for extended shipping and long-haul trucks, we need solutions that we can apply across utility territories,”

“Big challenges require bold and collaborative solutions, and climate change is such a challenge. So it is exciting to see such a wide range of experience and diversity of thinking from our various utilities being brought to bear to tackle such a critical issue.”

“Well-planned electric charging infrastructure along I-5 is important to our region. The I-5 corridor is the economic backbone for transporting essential goods and services to our Oregon, Washington and California customers. We see investments in transportation electrification and electric charging infrastructure as a great way to support the economic vitality and environmental quality of communities along the corridor.”

“It’s these types of opportunities that continue to push us toward a more sustainable future. We are proud to partner on a local, regional and national level to reduce emissions from vehicles, and this effort to electrify our trade corridors will have significant benefits to the communities we serve.”

“We are coming together on a regional level and taking the lead, working across state, county and city lines to take a significant step to address air pollution and climate change. We’re preparing for a future in which quiet, all-electric big rigs haul freight up and down I-5 and its connected major arteries without releasing pollution or carbon into the air.”