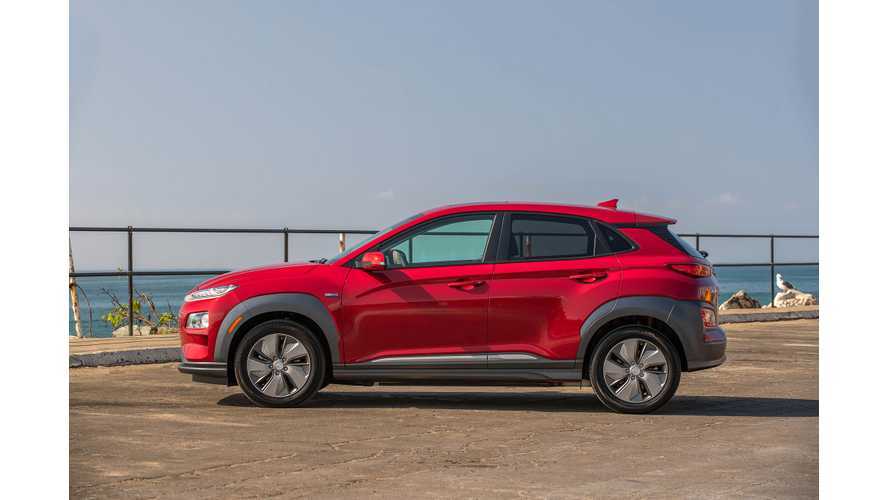 Consumer Reports finally drove the Hyundai Kona Electric. What do they think so far?

Consumer Reports (CR) finally tested the 2019 Hyundai Kona Electric, albeit minimally. It makes sense that the publication is just now getting its first run in the hugely popular battery-electric SUV. Until recently, it wasn't even available in the U.S., and even now, availability is extremely limited and directed to only a handful of states. Nonetheless, CR promises that it will spend much more time with the car and provide additional testing results soon.

For now, we have CR's initial likes, dislikes, and "watch" list. The publication mentions that nearly all of its positive reviews of the gas-powered Kona hold just as true for the all-electric Kona. Rarely can a company build a compelling EV on an existing or shared platform, but Hyundai pulled it off, according  to CR and the vast majority of automotive news agencies.

The Kona Electric boasts agile handling and plenty of passenger and cargo space, just like its ICE twin. To top it off, the EV provides instant torque, better acceleration, and it's much quieter and well-equipped.

As expected, CR has some complaints

Due to its instant torque, the Kona Electric might spin its tires in wet or icy conditions, however, this is true of just about any car with marked acceleration. Mild understeer is also present, but let's remember that this is a small crossover and not a sports car. Though the car offers a long range, you need to choose the right tires and drive reservedly to achieve the best estimates. The Kona's stock "low rolling resistance" tires do a good job with range, but aren't the best when it comes to traction.

In addition, CR says the Kona Electric has some excess "ornamentation," as well as some flimsy parts. This is not a luxury car, though the automaker still shouldn't cut corners on the EV variant if it wants to convert car shoppers.

In the end, CR says these issues may not matter since most people may not even be able to buy this car due to its limited production and availability.

Nonetheless, Consumer Reports promises to be on the lookout.

Regardless of whether or not most people can buy it at this point, CR will continue to stay on top of and report on a few notable situations surrounding the Kona Electric.

The publication wants to further test the EV on wet roads, as well as closely watch its range estimates. Additionally, CR is interested to know how Hyundai plans to address mandatory warning sounds at low speeds. Most importantly, CR vows to track the Kona Electric's availability by area.