The electric crossover gets its Australian review as deliveries are set to begin.

This could be the most hilarious review of the Hyundai Kona Electric ever. And although it's light-hearted, it's also informative. Done in an Aussie accent -- the electric crossover will be available Down Under after some paperwork gets taken care of -- the CarsGuide host, Richard Berry, takes pains to answer his audience's most pressing questions about the car, while demonstrating its significant abilities. 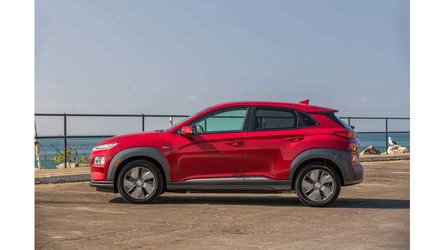 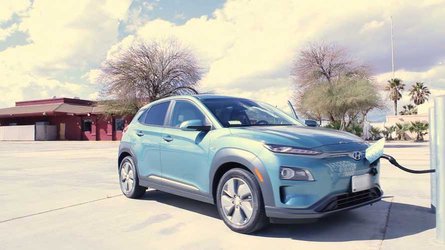 The video begins by sharing the results of a poll that showed what viewers wanted to know most about the Kona Electric: its full-charge range, price, which features it offered, and then finally, its practicality. Berry answers those questions, of course, but begins by discussing styling, sharing several glamour shots from various angles and giving us a good look at the two-tone teal-with-white roof example. This includes a shot of the rear at the 1:48-minute mark which gives us a nice view of how the battery sits at the bottom of the chassis.

We then get some bad news: the price. According to our host, the battery-powered beastie starts at $59,990 Australian dollars ($42,670). That, he notes, is a far cry from the cost of the petrol-powered version. The base price on the fossil fuel burner is $25,990 Australian dollars ($18,485). To make matters worse, the country isn't known for its generous electric vehicle incentive programs, either.

It's worth pointing out that here that there are differences between the two versions that help close the perceived value gap, including performance, appearance, and environmental benefits. The internal combustion Kona is markedly slower and gets pretty lousy fuel economy for a small vehicle (27 mpg combined), for instance.

Our protagonist pronounces that the Kona Electric gets 449 kilometers (279 miles) of travel from a full battery. As you can see on our Compare EVs page, this is a bit more optimistic than the EPA estimation of 415 km (258 miles). Now, this is where the comedy kicks in. To demonstrate its far-ranging capability, Berry takes the crossover on a journey, which he presents in a "dramatic re-enactment." Emphasis on dramatic. The ends result? Some good laughs and an impressive return in range figures.

There's a lot packed into this review that clocks in at under 15 minutes. In the end, our host seems impressed by the car overall and gives it a great score: 8 out of a possible 10. If you're interested in the Hyundai Kona Electric, or any other vehicle in this class for that matter, it's probably worth the small time investment to hit that play button at the top of the page. Enjoy!