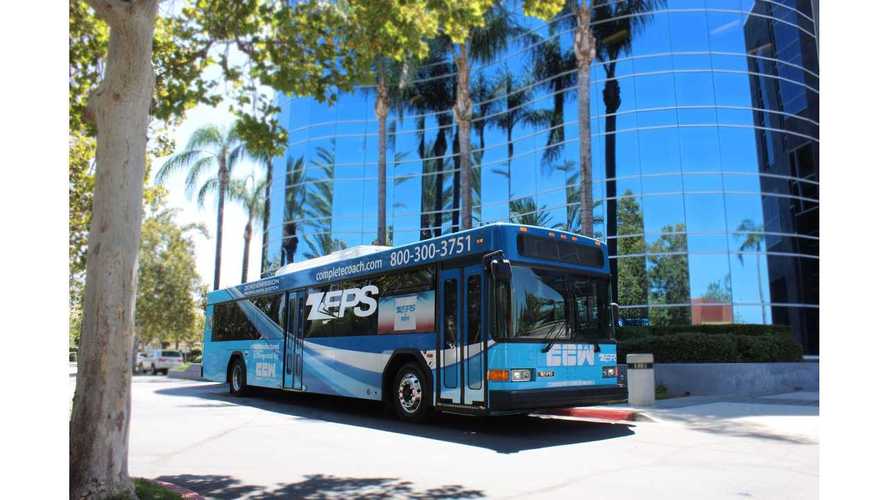 466 kWh should be enough for an entire day of driving

The conversions seem positive from an environmental point of view, as once manufactured the bus can stay in service longer - beyond its diesel powertrain.

So far, CCW deployed more than 50 Zero Emission Propulsion System (ZEPS) in the U.S., which covered over 3 million revenue miles (on average roughly 60,000 miles per bus). One of the customers operates 30 ZEPS buses:

"IndyGo and Indy Airport operate 30 ZEPS buses for its day-to-day operations. The City of McAllen Transit Department utilizes two ZEPS buses to operate out of the city’s International Transit Terminal where passengers can connect for several international, national, regional and intercity destinations."

The latest offer from CCW is optional 466 kWh battery packs for long-range, which maybe will tempt even more agencies to switch to electric.

The ZEPS saga started as an option to provide customers a clean, cost-effective, and viable alternative to fossil fuel. Working with its sister company Transit Sales International, CCW developed its own system by taking an existing low floor transit bus and rebuilt it as a battery electric bus. The resulting ZEPS bus offers economical options to bus operators looking to start an electric bus operation. Operators can opt to purchase newly refurbished buses from CCW’s inventory or have their existing fleet converted to all-electric.

CCW’s commitment to sustainability has enabled it to assist numerous transit agencies in their pursuit of preserving the planet for future generations. CCW looks forward to helping more agencies go all-electric to save money, save fuel, and save the world!"

“the increase in energy capacity is exciting for this technology. We were able to keep the battery pack light which improves vehicle reliability and efficiency. Our company is committed to providing the transit industry with the most advanced technology and this upgrade will give agencies the extended range they need on a single charge.”