How About A Lighter Tesla Model 3? Seems It May Be In The Cards

Electric cars are inherently heavy, but Tesla may change that.

If you follow the segment, you well know by now that mainstream publications -- and especially those that deal with the stock market and financial data -- are increasingly negative when it comes to Tesla. This clear observation has proven even more true since the Model 3 has graced our presence.

It seems, no matter what the Silicon Valley automaker does, or plans to do, it's just more fuel for further criticism. However, unlike CNBC, Wall Street Journal, New York Times, LA Times, etc., Bloomberg has always tended to bounce around between "hot" and "cold" when Tesla is involved. 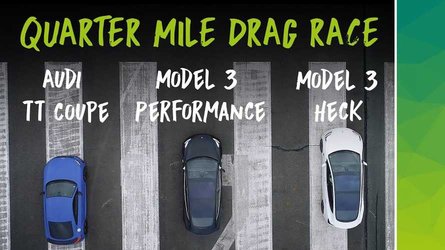 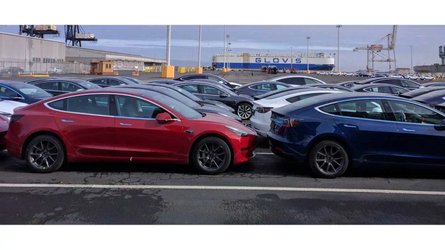 With all of that being said, it's nice to see Bloomberg post another, rather informative and interesting Tesla article without a negative headline. The publication writes: "Tesla Is Looking Into Ways to Lighten the Model 3, Supplier Says." Wait, it doesn't say "Tesla may lighten Model 3 in an effort to not go bankrupt?"

All jokes aside, this may be a huge deal for Tesla and the EV industry as a whole. Batteries are heavy and there's no doubt that extra weight means less efficiency and reduced range. Not to mention, some ride and handling issues that -- while they're already fantastic in the Model 3 -- could still be improved dramatically. This is especially true if the updates could make their way into the Tesla Model S and Model X. Still, the Model is actually relatively light compared to most EVs and even some gas cars. So, to make it even lighter would be spectacular.

According to this Bloomberg report, Tesla may be rethinking the design of its Model 3 to shed even more weight. This information comes via a Tesla supplier.

More specifically, Tesla supplier Shiloh Industries Inc. told Bloomberg that Tesla is working with it to figure out how to further lighten the Model 3. Chief Executive Officer for Shiloh Ramzi Hermiz said currently his company is more involved with the Model S and Model X. However, Tesla reached out to him in an effort to better improve the Model 3. He told Bloomberg:

As they’ve gotten out through the launch, now they go back and look at some alternatives to help on the design.

Can you even imagine a more agile and efficient Tesla Model 3? How about a Model S or X that are lighter and more nimble? We can only hope!