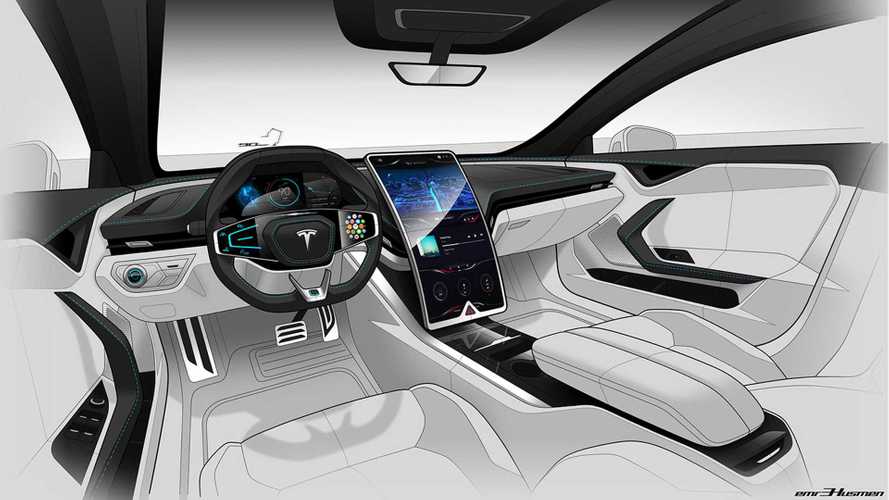 We've all seen curved TV screens and even those bent mobile phones, but never before have we laid eyes upon such a radically curved infotainment screen in a car.

Of course, it's just a render. Of the next-generation Tesla Model S, no less. But it sure is eye-catching and very striking in appearance.

Admittedly, a curved screen probably doesn't make much sense in a car. It seems to us that the top portion of the screen would be difficult to see and would present with some major glare issues.

But still, we all know Tesla is all about cutting edge stuff, so we wouldn't be surprised if the upcoming Tesla Model Y (debut set for March 14) had some sort of screen trick within. Would it really use the exact same screen as the Tesla Model 3? Perhaps.

If this isn't the most stunning render of a Tesla Model S interior you've ever see then we don't know what is. Just look at that crazy curved screen.

Check it out in the less-than-finished form below.