Pagani Huayra Replacement To Be Offered In Pure Electric Form 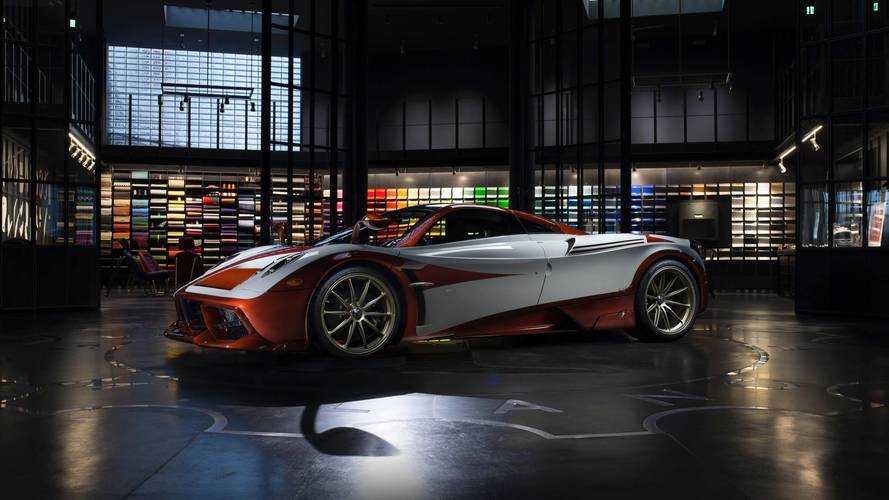 Purists, rejoice - the V12 model will feature a manual gearbox as standard.

Pagani debuted the Zonda, the company's first model, exactly 20 years ago. In Geneva these days, the Italian exotic supercar maker is celebrating two decades since the launch of the original V12 monster of which just 140 were produced including the development mules. As celebrations continue, Pagani is also preparing the successor of the Huayra – the model that was launched after the Zonda.

Currently bearing the internal code C10, the machine will come in two vastly different variants. One will be a traditional ICE-powered supercar with a Mercedes-AMG-sourced twin-turbo V12 mated as standard to a manual gearbox with a dual-clutch automatic optionally available. The other will be fully electric.

"There have been no existing or prospective customers asking for a full-electric car," Christopher Pagani, son of founder Horacio, commented to Road and Track during the Geneva Motor Show. "No dealer is asking for it, but we believe in it. We believe that this is going to be a big challenge for us; it's going to help us to be very creative, to be very proactive, to use fantasy. It'll be a very expensive project, but we believe it is the right thing to do.”

Obviously, the biggest challenge for the Italian automaker will be the added weight of the batteries but Pagani believes the engineers will do a decent job keeping the overall weight low. Simply put, expect a lot of carbon fiber, aluminum, and titanium in the construction of the Huayra successor to compensate for the large battery packs.

As for the C10 (name will be changed when development is done) version powered by a combustion engine, it won’t feature any kind of electrification, just pure V12 power. Thanks to input from AMG, the powertrain will meet even the strictest emissions regulations, including California’s standards, which means it will be legal to import it to the United States without needing to lean on the Show & Display exemption.

The V12-powered supercar will definitely come with a manual gearbox, Pagani confirmed. As of now, roughly 70 percent of the marque's customers are going for a manual, so it makes a lot of sense to keep the good old stick shift 'box on sale.