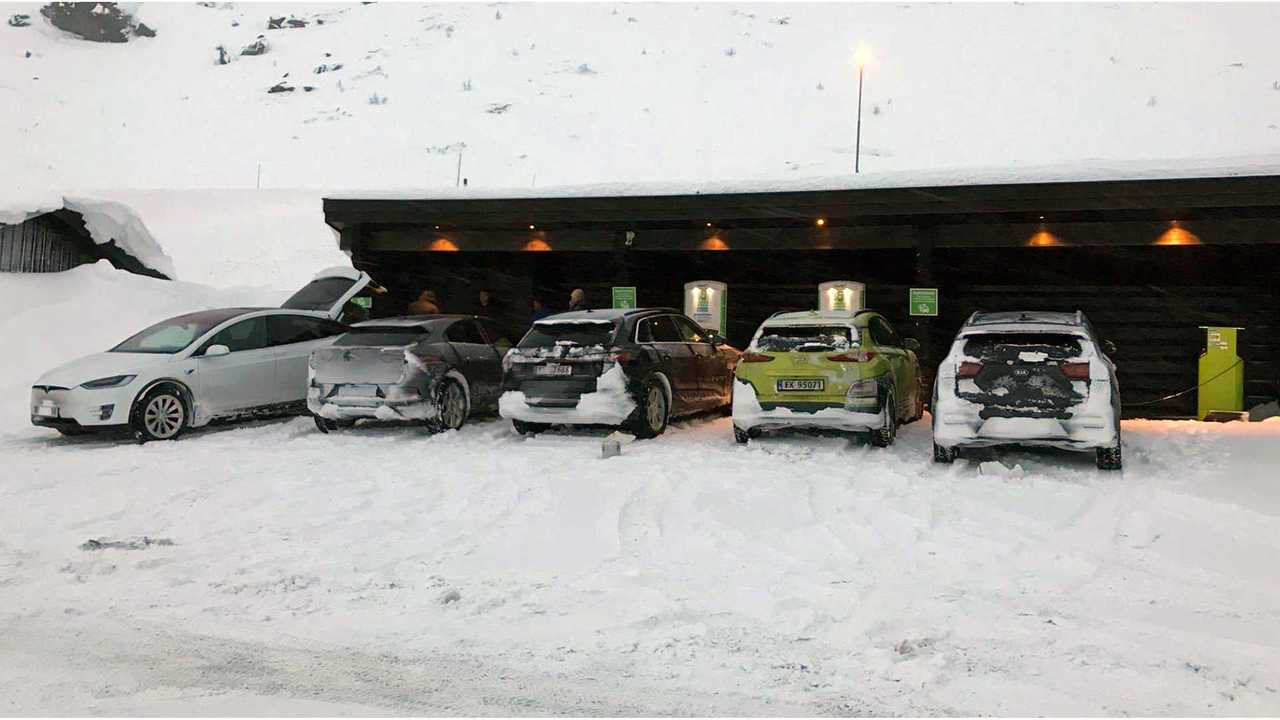 If an EV revolution could happen in Norway, it can happen anywhere.

To visit Norway is to see the future of electric cars. That’s the feeling I got as I walked around Oslo’s streets a couple of weekends ago. Everywhere you turn you see LEAFs, i3s, and Teslas – as well as I-Paces, Kona EVs, E-Golfs, and others.

You’ve probably read that 34 percent of Norway car sales in 2018 were pure EVs. And that EV sales will eclipse 50 percent of the market this year. But it’s another thing for your head to constantly spin in circles when you are surrounded by electric cars. About one in eight cars on Oslo roads are now electric.

To gain a better understanding of what led to Norway’s EV revolution, I sat down with Christina Bu, the chief executive of the Norwegian Electric Vehicle Association. The organization has a staff of 30 people and 70,000 paying members. Members can get questions answered about anything EV-related via email or a call center. The group maintains 11 regional chapters, holds an annual assembly, and will host the impressive 2019 Nordic EV Summit 2019 in a few weeks.

The Key Is Price Parity

“If we can do EVs in Norway, you can do it bloody hell everywhere,” said Bu. She dismisses any notion that Norwegians are greener than Americans and quickly dispels the “Norway is rich” theory.

“We get the question all the time: Why is it working in Norway? It’s a simple answer,” Bu explained. “The price is more or less level.” She said that regular consumers should not be expected to pay thousands of dollars extra for an unfamiliar technology, especially for a big-ticket item like an automobile.

The fact that Norway charges hefty taxes on all cars – fees that are waived for pure electric vehicles – is the mechanism at play in Norway. But she believes that there are multiple paths to price parity, like the bonus-malus system in Sweden in which polluting gas cars are taxed to raise funds to pay for EV incentives.

She understands that the United States can’t just copy a system of taxing cars, but “if you can do a little bit more, it’s a lot better than doing nothing.” Besides, Bu projects that higher EV production volumes and reduced battery costs will naturally bring the essential price parity. “You will get price parity on a global level faster than most people understand,” she said.

When price parity was reached in Norway – and there were plenty of electric cars available for sale – objections fell away. “Norway is a huge country. There are mountains, and it’s freezing. It’s difficult to do charging,” Bu told me. “Of course there are challenges, but it’s not impossible. And it’s not impossible in the United States.”

Based in my few days in and around Oslo, driving and charging an EV was commonplace and mainstream – even in the middle of February.

In the most frigid and rural district of Finnmark – near the polar circle – about 7 percent of car sales last year were all-electric. When the 40-kWh, 150-mile LEAF was introduced, sales at one Nissan dealership in Finnmark went from two units in 2017 to more than 30 in 2018.

Other incentives, like reduced tolls, lower fuel costs, and preferred parking, are helpful. For example, EV sales are exceptionally high in western island regions where there a lot of toll bridges and roads – and zero-emission vehicles are exempt.

Regardless, according to Bu, consumers are not good at calculating the total cost of ownership. They want to see price parity at the time of purchase.

High taxes in cars have been in place since the early 1990s, but when the first practical electric cars, like the Nissan LEAF, started to arrive in 2011, the race was on.

Viktor Lander, a management consultant in Oslo, was one of the early buyers motivated not by climate change but the combination of price parity and vehicle availability. “When I bought the car, there were many advantages to the electric cars provided by both national and local authorities,” he told me. “I bought the Nissan LEAF because it was the first family-size vehicle with incredible benefits package provided by the authorities.”

Bu described the importance of the so-called neighbor effect. She said that in 2011 and 2012, sales were modest. “It was a little slow, and then suddenly your neighbor bought an EV. And then your colleague at work. And you know how enthusiastic EV owners can be,” she said. “Suddenly it started spreading.”

Surveys conducted by the Norwegian Electric Vehicle Association revealed that new EV owners commonly convince three others to buy an EV. The rise from 5 percent in 2013 to an expected 50 percent in 2019 was more abrupt than anybody anticipated. “If you can have that much of a shift in six years, then you can in America as well,” she said.

According to Bu, there are now 40,000 Norwegians who submitted deposits for an electric car and are waiting for the vehicle to arrive. That’s in a country that sells 150,000 new cars a year. When the Kona Electric – a long-range, affordable electric vehicle well suited to winter driving – was introduced last July, Hyundai made more than 7,000 advanced sales in just two weeks. The list of interested Kona EV buyers exceeds 20,000 people in Norway.

The Implications for Charging – and Fossil Fuels

With strong, sustained momentum for EV sales in place, the next challenge is public charging, according to Bu. The association’s surveys reveal that the vast majority of Norwegian EV drivers charge at home. But 80 percent report fast-charging in public on a monthly basis.

It’s popular among Norwegians to visit winter cabins or mountain destinations on the weekends. So they rely on quick-charging to get out of town and back. Fifty-eight percent said they experienced queues at fast-charging stations either “occasionally” or “often.”

Friday afternoon at a charging location north of Oslo. Thirty stalls are not enough. (Source: Elbil.no)

“When we have 1.5 million electric cars in 2025, what will happen on a Friday afternoon or Sunday?” Bu wonders. “I don't know.”

The association is getting ahead of the problem by calculating the current number of cars per fast-charger – currently about a ratio of 120 to 1 – and the length of queues. This will form the basis of the organization’s recommendations to government about future charging needs. “Norway is the first country having to deal with this,” she said. “We don’t have anywhere else to look and learn.”

Meanwhile, the rapid rise of EVs in Norway has caught the attention of global automakers and oil companies. They commonly visit the Norwegian Electric Vehicle Association to learn what it might mean for the future. More than a dozen automakers have met with Bu. “My second job is to scare car manufacturers,” said Bu with a mischievous smile.

Consider this: Mazda, which has no EV, has seen its market share cut in half in Norway, according to Bu. She told me that a local car dealership recently declared bankruptcy – blaming the rise of EVs and how they removed the dealer’s significant revenue from oil changes and other service visits.

Bu predicts that we will likely see one or two bankruptcies among major carmakers in the next five years. A few years ago, most of the international visitors to the association’s office were foreign journalists. Today they are commonly carmakers, oil companies, and petrol-station chains. “It’s a good thing,” she said. “It shows that we are really starting to see the beginning of the shift.”