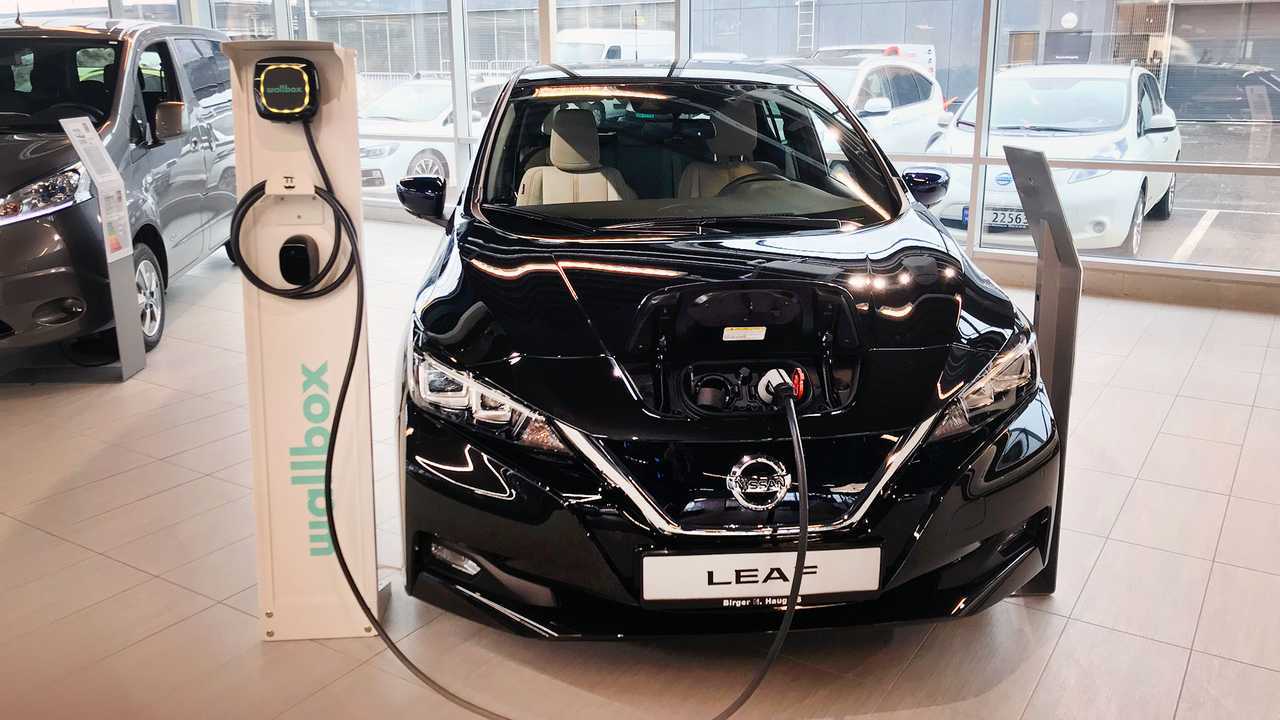 The turning point for Suleman Idris came on a Saturday in October 2017. The sales manager at the Birger N. Haug Nissan dealership in Oslo, Norway, couldn’t believe what he was seeing. “About 40 people were waiting for us to become available so they could buy the car -- all for the Nissan LEAF,” he said. “It was madness. I will never forget that Saturday.”

News about EVs in Norway

Idris and his six salesmen continued a brisk business selling Nissan LEAFs. “We thought it would stabilize, but it didn’t,” he said. Idris believes that the Oslo dealership has “the most electric car experience in the whole world.”

Suleman Idris is the sales manager at Birger N. Haug Nissan in Oslo.

His claims are based on per-capita sales of EVs in this country of 5.3 million people. And the numbers back him up. Last year, the Oslo Nissan store sold a total of 951 vehicles. Only 26 of those cars were internal combustion – models such as the Nissan Juke, Pulsar, and Qashqai. The other 925 sales were electric cars: 851 Nissan LEAFs and 74 e-NV200 electric vans.

Idris has been with the Oslo dealership for seven years – since the introduction of the first-generation LEAF. In that time, he has developed a thoughtful, comprehensive approach to selling EVs. Idris told me that many dealerships from other countries visit the showroom to see how it works. “It’s not the same as selling a diesel or petrol car,” he told me.

The key is giving customers more time, according to Idris. In the early years, customers had a lot of questions of EVs, especially about range. “Sometimes we allowed the customer to have a test drive for two days, just to test it in their daily lives,” he said. “Every time they came back amazed because the LEAF feels like a normal car. And it’s fun to drive.”

The selling strategy also required a lot of honesty. Idris and his sales staff tell prospective buyers that the LEAF’s range could be reduced by as much as 50 percent in Norway’s frigid winters.

Idris knows what he’s talking about because he’s a long-time LEAF driver himself. “I have a lot of experience with the LEAF from the first to the second generation,” he said. “This experience is what I use when I talk to the customer. It’s easier to sell the car that way.”

The Birger N. Haug sales staff explains the costs, incentives, range considerations, and details about public charging infrastructure – which is abundant now in Norway. Also, the sales package comes complete with a home charging station. “When they buy the car, they also buy the charging station and installation,” Idris explained. “Our partner calls them, makes an appointment, and puts up the charger. We make it easy for them.”

My visit to the Oslo dealership dispelled a myth about electric-car sales in Norway. The purchase price of an EV is not cheaper compared to a petrol or diesel car.

The electric car is either about the same or even a little bit higher. That’s even after you subtract the 25-percent VAT (value-added tax) and CO2 fees not charged to zero-emission cars. For the $40,000 purchase price of compact combustion car like a VW Golf, those taxes can represent nearly $12,000 of the cost.

It’s hard to find an apples-to-apples comparison at the Nissan dealership. But Idris said that the current average price of a Nissan LEAF is close to US $40,000. The closest comparison, a Nissan Juke, can be had for around $37,000. What convinces customers to buy the EV are the other incentives.

EVs also figure prominently at the Hyundai dealership in the same showroom.

The dealership informs buyers that a Norwegian driver of a combustion car who travels about 10,000 miles a year can expect to pay about $2,500 in fuel per year. The price of gasoline in Norway is around $7 a gallon. So the $2,500 assumes that you’re driving a car that gets about 28 miles per gallon.

Now add the break that EV drivers get on tolls. “There are a lot of people who live outside Oslo but work in the city,” said Idris. A single-pass toll charge is about $6 for a gas car or nearly $7 for a diesel vehicle. The dealership pegs these toll cost for combustion cars at about $1,000 a year – or twice that for two trips a day. Meanwhile, EV drivers fly through at no charge.

However, I learned that EVs in March could start paying a modest toll charge of about a buck. So I asked Idris if he’s afraid of the potentially reduced incentives impacting EV adoption. “No,” he replied. “We will still sell a lot of electric cars.”

To get a closer comparison of gas versus EV in Norway, we strolled a few feet to Birger N. Haug’s Hyundai dealership, housed under the same roof. All 200 units of the Kona Electric – the dealership’s entire annual allotment – are already sold. If you sign a contract to buy one today, you can expect delivery in the second half of 2020. Meanwhile, it’s a one- to three-week maximum wait for the 40-kWh LEAF. The new 62 kWh LEAF takes a little longer.

I grabbed price sheets for the manual gas-powered Kona 1.0 T-GTI manual and the Kona Electric. The combustion Kona sells for the equivalent of $38,000 versus the Kona EV’s $39,000 price tag. So, even with the EV’s tax exclusions, the all-electric Kona is slightly more expensive. But with the fuel and toll advantages, the Kona EV is a no-brainer.

Idris said that Oslo buyers these days ask less about range. Instead, they are cross-shopping the LEAF against the Kona EV, the VW E-Golf, and other competitors. He’s not concerned about the luxury EVs like Tesla and Jaguar that are significantly more expensive.

Idris welcomes the competition. Given his experience – as well as the new EV models coming to Norway – Idris believes that the country will achieve its national goal of 100-percent sales with zero-emissions vehicles by 2025. It will require steady growth from last year when more than 30 percent of all new car registrations in Norway were electric. But Idris believes it will happen.

“We will only have electric cars to sell,” he said. “That is what everybody is working for.”

Stay tuned for more posts from our recent trip to Norway and Denmark.