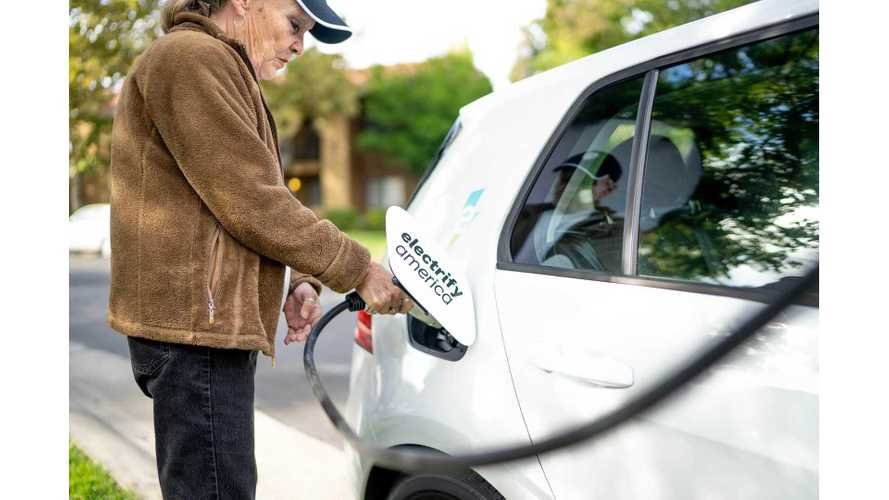 Add another name to the long list of CHarIN members

Electrify America today formally announced their membership in the CHarIN Association. The announcement really comes as no surprise to us. If anything, it's surprising to hear that Electrify America wasn't already a CHarIN member.

The CHarIN association was formed in 2015, with the purpose of worldwide promotion and support of the Combined Charging System (CCS). CHarIN currently has about 150 members, ranging from automakers like BMW to utilities like Enel. Volkswagen was a founding member of CHarIN, so Electrify America, a subsidy of Volkswagen, was kind of a de facto member all along, this just formalized it.

We don't expect this announcement to change anything in EA's plans, but perhaps CHarIN membership will advance opportunities for collaboration with other members and industry stakeholders.

Reston, VA (February 15, 2019) – Electrify America announced today that it will serve as the newest member of the Charging Interface Initiative (CharIN), a registered association whose mission is to develop and establish the Combined Charging System (CCS) as the global standard for charging battery powered electric vehicles.

Electrify America recognizes the importance of cross-industry cooperation around charging infrastructure to help increase consumer understanding - and ultimately purchases - of zero emission electric vehicles. CharIN offers an additional opportunity for industry collaboration, since most of Electrify America’s current technology suppliers are already among the impressive list of members. All Electrify America charge stations will offer CCS charging, along with additional system options, to help support a consistent charging experience for drivers.

As the newest member of CharIN, Electrify America is excited to host the next “International Testing Symposium” for the Combined Charging System in May 2019 at its Center of Excellence in Reston, VA. During this event Electrify America is planning to demonstrate the end to end implementation of Plug & Charge based on the ISO 15118 standard. This demonstration will give a future outlook how Electrify Americas customers can charge their car simply by plugging in.

Electrify America is investing $2 billion into Zero Emission Vehicle (ZEV) infrastructure, access and education programs across America as it rapidly expands its nationwide charging network, the largest commitment of its kind to date. Electrify America’s nationwide DC fast charging stations will be located in 17 metros and along high-traffic corridors in 42 states, including two cross-country routes.

With a focus on both future and present-day electric vehicles, Electrify America’s charging systems have a range in power from 50 kilowatts (kW) - the most commonly used charging power for electric vehicles on the road today – to 150 kW up to 350kW, which is capable of adding up to 20 miles of range per minute to an EV. In its first phase of investments, the company will install more than 2,000 ultra-fast chargers across 484 locations in the U.S. by July 1, 2019.