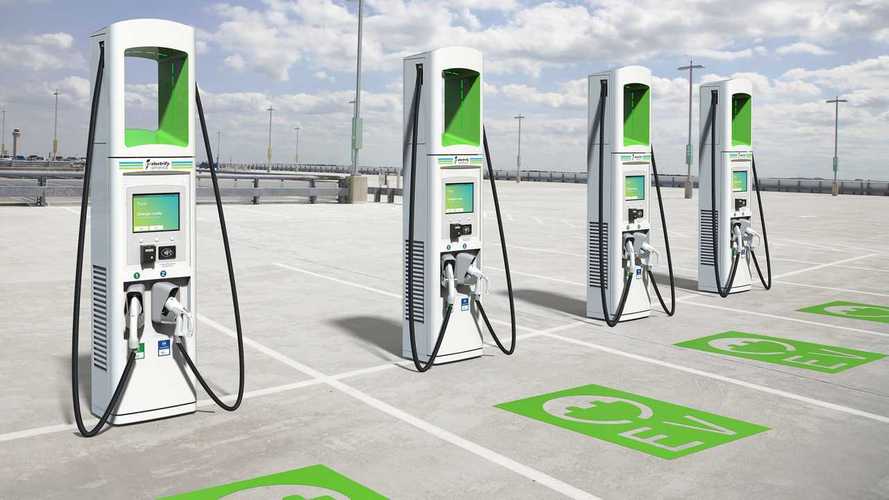 It's time for the next phase in the EV build out to be revealed.

For those not clear on exactly why Electrify America has two separate programs, one for California and one for the rest of the country, we'll briefly explain. Back when Volkswagen was ordered to invest two billion dollars in ZEV infrastructure and education, the settlement was split up into two sections. One for California, which would receive 800 million, and one for the rest of the US, which would receive the remaining 1.2 billion of the settlement.

The California Air Resources Board (CARB) reviews and approves the proposals for the California projects, and the EPA does so for the National programs. Both programs called for the funds to be invested over a 10-year period, beginning in January 2017. For more information on Electrify America's plan, please visit the Electrify America website.

Cycle 2 is a 30-month program and it begins in July of this year. You can find out more details below from the Electrify America press release:

Highlights of the National Cycle 2 ZEV Investment Plan include:

• Metro Community Charging: The major focus of infrastructure investment in Cycle 2 is charging within metro areas, where research shows that EV drivers charge most often.

These metro areas are expected to account for more than 50% of expected battery electric vehicles (BEVs) in operation outside California through 2022 (Navigant, 2017). Metro DCFC stations will be placed in retail locations and are intended to serve EV drivers in their daily fueling needs. Select DCFC stations also will be installed near multiunit dwellings (MUDs), expanding access to drivers who reside in apartment complexes and similar communities. Finally, Electrify America will invest in DCFC stations specifically designed to serve shared mobility drivers (car share, taxis, and transportation network company (TNC) drivers) to ensure that these high mileage drivers and passengers are able to enjoy the benefits of ZEV adoption conveniently and cost effectively.

• Highways and Regional Routes: Cycle 2 investments will build upon Cycle 1 efforts to develop a highway network of ultra-fast DCFC stations. This will include building new sites connecting regional destinations and filling in existing routes as station utilization of the highway network increases.

• Autonomous: To support the growth of autonomous ZEVs, Electrify America will build up to two commercial deployments of charging stations for autonomous electric vehicles where this need is emerging.

Efforts will primarily focus on boosting awareness and consideration by informing the general public of the benefits of ZEVs through traditional media advertising, similar to Electrify America’s Cycle 1 “JetStones” TV/radio campaign, and could broaden to include encouraging customers to research ZEVs and test drive the vehicles.

The National ZEV Investment Plan benefited from collaboration with public and private sector stakeholders throughout the ZEV ecosystem and a comprehensive national outreach period, during which Electrify America received nearly 800 submissions and conducted follow up with many of the submitters.

Electrify America was established to implement the ZEV Investment Commitment, a part of Volkswagen’s Court-approved settlement involving 2.0 liter diesel vehicles in the United States. The ZEV Investment Commitment includes four 30-month investment cycles that will direct $1.2 billion in electric vehicle infrastructure and education programs in states except for California for a ten year period, and investment in each cycle is laid out in a National ZEV Investment Plan. In addition, under separate plans, Electrify America will invest $800 million in California, one of the largest ZEV markets in the world.

The Environmental Protection Agency (EPA) recently acknowledged that the Cycle 2 National ZEV Investment Plan is consistent with the requirements of the settlement and is now final.

The public versions of the National and California Cycle 2 ZEV Investment Plans are available at https://www.electrifyamerica.com/our-plan