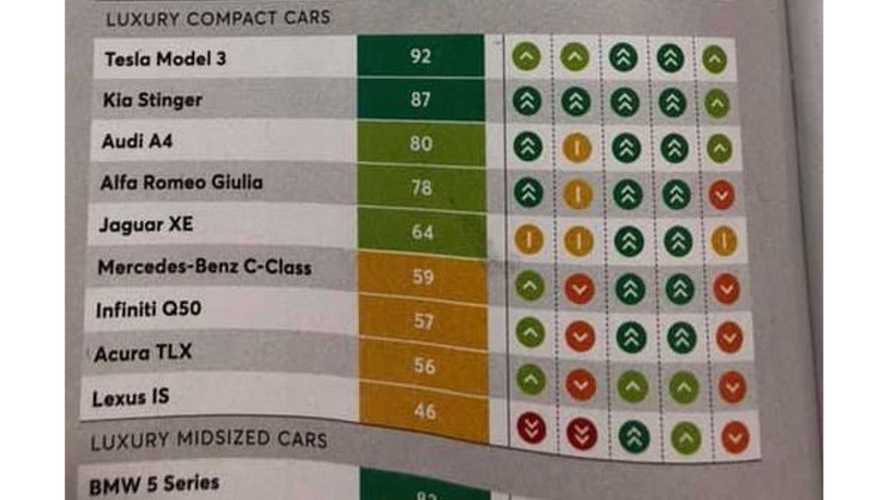 It's the only one in its class to score over 90 total points.

Consumer Reports, in its March 2019 edition, has declared the Tesla Model 3 as the #1 rated luxury compact car by its readers. The Model 3 scored a near-perfect 92 points in total.

More From Consumer Reports On Tesla

We should point out that Consumer Reports has been critical of Tesla over the years, but these rankings aren't based on aspects like reliability and service. Those are two areas where Tesla still often struggles.

The rankings seen here all pertain just to the car. What's it like to drive? How good or bad value is it for your money? Is it comfortable? In those various categories, the Model 3 wins in the luxury compact car class. It scored 92 total points, whereas the next closest vehicle got just 87.

As witnessed in the larger image below, in the compact hybrid / electric cars class, the Chevy Bolt and conventional Toyota Prius tie for first. The Nissan LEAF and Toyota Prius Prime grab the next two spots. Meanwhile, the Chevy Volt is midpack and the BMW i3 comes in dead last in the segment.