It turns out Tesla is not discontinuing Model S and X with less battery capacity.

Tesla recently announced that it will discontinue its Model S and Model X vehicles with the "smaller," 75-kWh battery pack. This meant that the least expensive vehicles jumped drastically in price. The automaker also admitted that it was cutting back on Model S and X production hours.

Sometimes what appears to be bad news can turn out to be positive for the customer. Fast forward to this week, and Tesla is updating its Model S and X lineup to still include a smaller battery option. In addition, the mid-level and range-topping models get a reduced price. 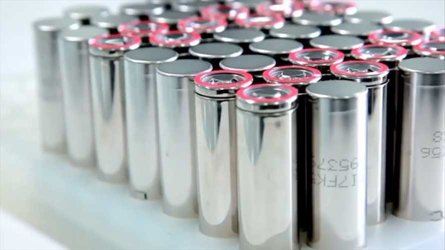 Tesla will only build the Model S and X with the 100-kWh battery pack. However, it will offer a software-limited version as well. This will help to streamline production, while providing vehicles that appeal to a wider audience.

Unfortunately -- in line with Tesla's new scheme of not sharing specific battery capacity -- we don't know exactly how many kilowatt-hours these software-locked batteries will have. Nonetheless, it really makes no difference, as long as we know the range and price. Fortunately, there's good news on both fronts, depending on which trim level you choose.

The (base) Tesla Model S and X (with the software-locked battery pack) will cost $85,000 and $88,000, respectively. While this is a price increase, the battery pack is clearly limited to more than 75 kWh, since range has increase significantly. The Model S will travel 310 miles and have a 4.1-second zero-to-60-mph time. As for the base Model X, it has a 270-mile range and will hit 60 mph in 4.7 seconds.

The Model S and X Extended Range vehicles (100-kWh battery pack) will be much the same as the current non-performance (100D) models. However, Tesla has dropped their price by $1,000.

That leaves the top-of-the-line (P100D) models, which are now simply referred to as Model S and X Performance. Like the Extended Range vehicles, there aren't any notable changes aside from a price reduction. However, it's important to note that Ludicrous Mode is now a paid upgrade. Also, people who buy the base or Extended Range models have the choice to unlock the battery to move up trims. All of the above vehicles are already available on Tesla's website.

How do you feel about these changes? Fill us in via the comment section.