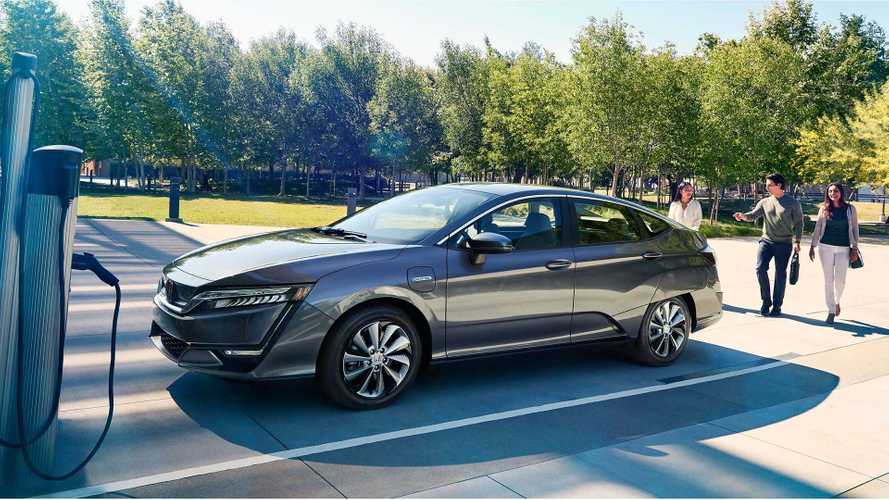 Will the plug-in hybrid segment now be dominated by foreign models?

In the U.S. the top three selling plug-in hybrid models in 2018 were the Toyota Prius Prime, Honda Clarity PHEV and Chevrolet Volt. Those three cars are significantly more popular than other plug-in hybrids and the only models above them in ranking were pure electric Teslas.

Let's check the results in detail.

The Toyota Prius Prime has been growing year-over-year every single month since its introduction. In effect, 2018 sales increased by 31.8% to 27,595 making it the top PHEV.

The Japanese flagship is also taking a big part of overall Prius family sales - about 31.5% in 2018. That's because total Prius sales decreased (Toyota offers hybrid versions of other models, which probably distracts customers from the Prius) and the Prime seems simply more appealing than conventional hybrids.

The Honda Clarity PHEV is a relatively new model. It gained popularity because it's a solid, large, five-seater with all-electric range of 47 miles (76 km). Not strange that 18,602 were sold in 2018. That's almost all Clarity models (BEV and FCV versions were just a tiny addition).

In December, the Clarity PHEV was the top selling plug-in hybrid and as the Chevrolet Volt retires, the near-future for Clarity PHEV seems to be bright.

The Chevrolet Volt, after the introduction of the second-generation, achieved its peak in 2016 but since then sales decreased and in 2018 amounted to 18,306. The perspective for Volt is bad, because GM hit the limit of federal tax credit, so customers from April would get only half - $3,750 from $7,500 incentive. Without additional investments and upgrades, sales are doomed to decline.

Because GM's sees its passenger car business as unprofitable, it decided to close several plants later this year. The plant where Volt is produced along mainstream models like Cruze, also will be closed in a few months so this is the last chance you can get to buy a new Chevrolet Volt, the best selling plug-in electric car in the U.S. with 152,144 units sold through the end of 2018.