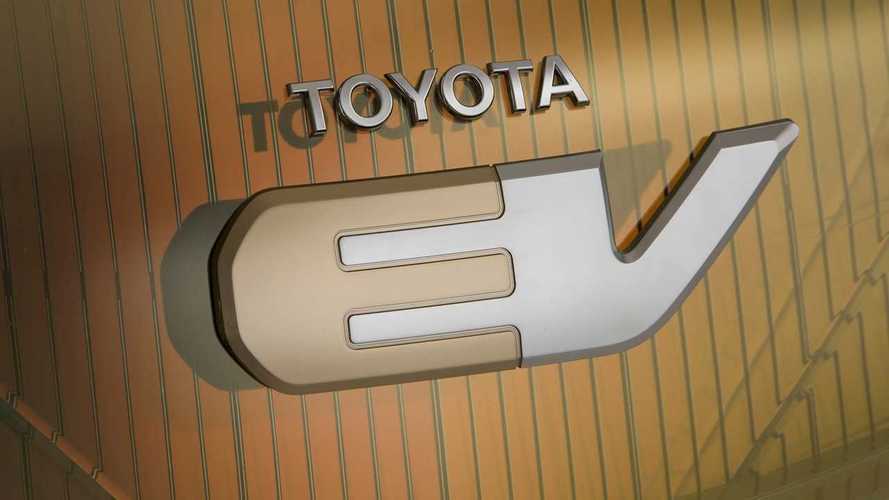 It’s not a matter of if but when Toyota introduces EVs.

A slide in a presentation at the 2018 Los Angeles Show piqued my interest. Electrify America’s chief executive Giovanni Palazzo showed the list of new EVs expected in the next four years. Lo and behold, there was a mysterious “Toyota EV” in the 2021 category.

The slide revealed just how conspicuous Toyota’s absence has been from the EV conversation. That slide, and other news in recent weeks, also makes me wonder what Toyota is planning for a 2021 electric car. The company is notoriously quiet about its future cars.

From a presentation by Electrify America

But stories from the last week give credence to a shift in thinking at Toyota.

First, Toyota and Panasonic are creating a joint venture to develop and produce high-capacity EV batteries. Toyota will hold a 51 percent stake. After the joint venture is established, control of five existing Panasonic plants will be turned over to the new company.

Toyota's last ground-up, production-bound EV concept was a 50-mile minicar from a decade ago. The FT-EV cars remained concepts.

The title of Bloomberg’s story about the new joint venture is entitled, “Toyota Finally Has the Power in Electric Cars.” Take note: Panasonic has long been Tesla’s sole battery supplier for its cars.

The Toyota-Panasonic tie-up is unlikely to affect Tesla’s momentum. Although maybe it’s not coincidental that Nikkei on Sunday issued a story with this title: “Tesla Hints at Seeking New Battery Suppliers in Blow to Panasonic.” Is a battle brewing?

What’s more important is how Toyota could be positioned – if it so chooses – to bring practicality and affordability to the EV market. Elon Musk said last week that his company’s layoffs were part of an effort to bring down costs. According to Bloomberg, the new Toyota-Panasonic venture speeds up progress toward “the affordable (electric) car of the future.”

Toyota and Tesla collaborated on the 2012 - 2014 RAV4 EV. The partnership ended abruptly.

Sure, Toyota continues to throw a wet blanket on EVs. That makes good strategic sense for the company in 2019. Jim Lentz, Toyota’s North America president, last week said, “With EVs, I think it’s going to be a while. I think we’ve overstated our belief EVs will take over the world.”

But statements like this don’t mean that Toyota will stay on the sidelines forever. Remember, in October 2018 Japanese sources reported that Toyota established a dedicated electric-car research and development division called the “Toyota ZEV Factory.” And in late 2017, Toyota said that it would sell more than 10 battery-electric vehicles worldwide by the early 2020s. The rollout will start in China before hitting Japan, India, Europe, and the United States.

Toyota, the automotive world’s most notable skeptic of electric vehicles, might be quiet about its EV plans these days. (I’ve reached out to them about its plug-in hybrid and EV plans – with no response.) But evidence is mounting that it’s getting closer to making a move.