Toyota Will Team Up With Panasonic On High Capacity EV Batteries 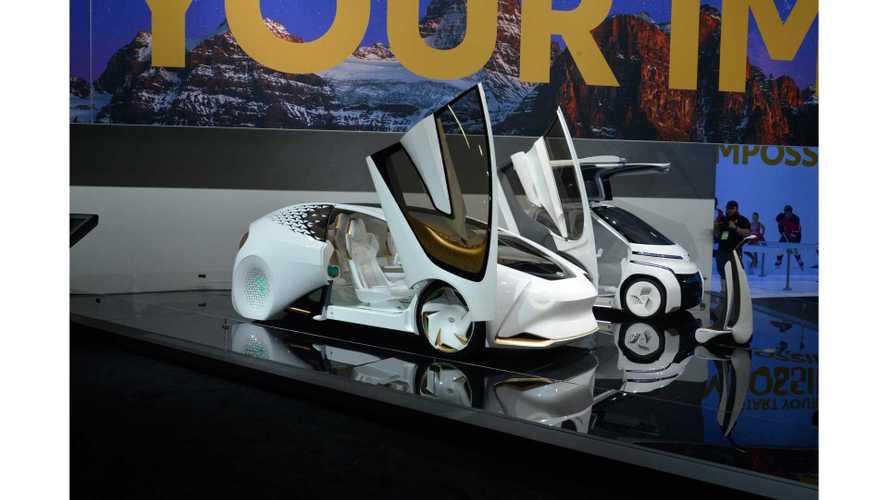 The corporations will set up a joint venture for electric vehicle battery manufacturing.

Japanese corporate giants Toyota Motor and Panasonic are joining forces to face the growing demand for plug-in vehicles. According to Nikkei, their plan is to launch a joint venture for battery manufacturing as soon as 2020. Both companies hope to achieve battery cost reduction and increased manufacturing scale in order to better compete with Chinese competitors.

Recently, Toyota again insisted that battery electric vehicles are not viable and are in low demand. Yet it seems the automaker has little choice but to comply with growing customer demand and government regulation.

Toyota will reportedly hold a 51% stake with Panasonic being the only other player at 49%. Once the joint venture is established, control of five existing Panasonic plants will be turned over to the new company. Obviously, no facility affiliated with current Panasonic partner Tesla will be impacted.

According to Nikkei's report, Toyota and Panasonic will be looking to launch production of batteries with "50 times the capacity of those now used in hybrid vehicles." This new joint venture will supply Mazda, Daihatsu Motor, and Subaru with batteries for future plug-in vehicles. These companies, alongside Toyota, are members of the EV C.A. Sprit Co partnership aimed at electric vehicle technology development.

Looking long term, Toyota and Panasonic will also increase funding towards developing high capacity, solid-state lithium batteries. It is certainly encouraging to see additional development in this next generation battery tech by a major automaker. Hopefully Toyota and its partners will use this as a jumping off point for stronger plug-in development going forward.