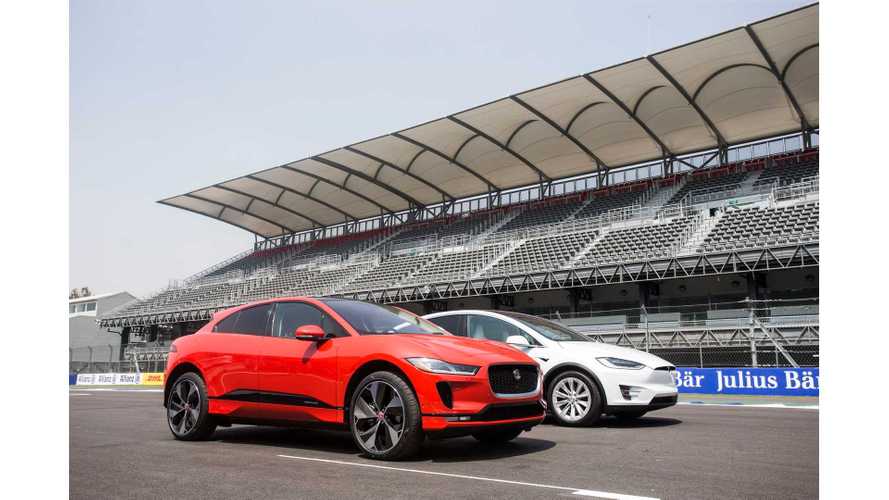 While they've been slow to cut the umbilical cord from gas (and diesel) powered cars, Big Auto is starting to open up to vehicle electrification. This sparked speculation, especially from financial pundits, that Tesla's days were numbered. Would Big Auto's newfound interest in clean cars squash the Silicon Valley upstart? Or, would their impact draw more attention to the electric car innovator.

Above: The Porsche Taycan was spotted this fall being benchmarked against Tesla's Model S (Source: Electrek)

Regardless, the EV segment, once a small industry niche, is destined to expand. Stephanie Brinley, IHS-Markit's principal automotive analyst tells Consumer Reports, "The more choice you have, the more attention gets drawn to the segment, and the more opportunities customers have to see it as something that’s attainable, that’s viable."

And while Big Auto's EV progress remains sluggish, there's a new "crop of high-performance luxury EVs that won’t wear a Tesla badge. These new electric cars and SUVs are from traditional manufacturers, including Audi, Jaguar, Mercedes-Benz, and Porsche, and they’re entering a market that some analysts predict will explode in the next few years—with sales increasing sixfold in the U.S. by 2025."

When asked for comment, a Tesla spokesperson repeated a statement the company made in 2016 when the Jaguar I-Pace EV was first announced. “Every compelling EV on the road is a win for Tesla,” the spokesperson wrote to CR. Some speculate, as JFK once famously said, "A rising tide lifts all boats." Could the same principle apply to a flood of new electric cars?

Above: The Jaguar I-Pace and Tesla Model X (Image: InsideEVs)

Regardless, Tesla maintains some hard-to-beat street cred in the EV world. "There’s no question that they made EVs cool,” says Chelsea Sexton, an industry analyst and EV advocate. In addition, "Most of these new luxury EVs from traditional manufacturers can’t match Tesla’s promise of 300 or more miles on a single charge, but...  hoping to capture something similar to Tesla’s magic."

However, it could prove difficult for legacy automakers to take down Elon Musk. "Despite spending virtually no money on traditional advertising, Tesla is the best-known electric car manufacturer in the world, according to a 2017 survey from market research firm Dalia Research." And obviously, "Tesla’s other big advantage in the EV space is its network of 644 Supercharger 480-volt fast-charging stations in the U.S. and Canada."

But right now, "Tesla doesn’t currently have the production capacity to meet that potential surge in demand, Brinley said, and so that opens the door wide for these new offerings." In turn, "To support the cars, automakers are building out a nationwide charging network to rival Tesla’s own Supercharger system." And they're also working hard to reach "technology levels that Tesla, headquartered in Silicon Valley, has already reached."

In the end, Brinley told CR that Tesla does indeed stand to gain as other brands debut their EVs. “The more choice you have, the more attention gets drawn to the segment,” she says. “If you expect EVs to be a larger part of the marketplace, eventually other players have to come in,” she says. “Tesla can’t supply the world.”