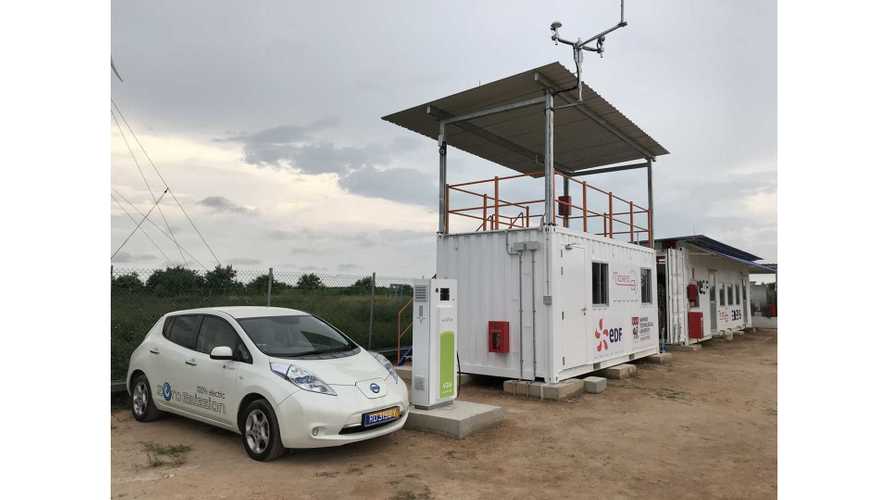 V2G needs yet to breakout from pilot to the commercialization phase

San Diego-based Nuvve Corporation tries to bridge the gap between renewable energy and EV charging through the transition of Vehicle-to-Grid (V2G) from concept to commercialization.

It's not an easy task, especially when bi-directional charging so far was done almost entirely using CHAdeMO standard, which currently is not the most popular among the new long-range EVs (with big batteries).

Anyway, Nuvve outlines global strategic partnerships and pilot programs, including the biggest project with up to 1,500 V2G chargers in UK.

Here is the list with several initiatives, which shows us the current stage of V2G developments:

“Awareness for V2G technology and the impact it can have for businesses, the electricity grid, and the environment is gaining momentum. As proven by our recent partnerships and pilot programs, Nuvve is committed to fueling innovation in V2G technology to bridge the needs of electric power and electric transportation, support EV penetration targets, enable integration of renewable energy sources, and, most importantly, create a greener, cleaner planet.”

“V2G technology is the aim for power companies in order to balance demand on the grid. To our knowledge, there is no other V2G technology provider that is as experienced as Nuvve or that can enable and time bidirectional energy flows between EVs and the grid, span both the automotive and power sectors, and realize new energy demand for multiple industry sectors.”