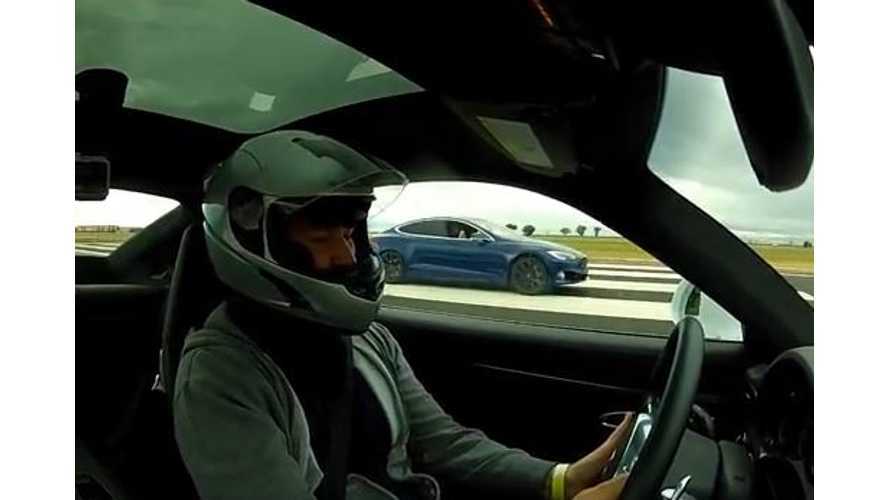 Generally, most of the races we find and share are of the quarter-mile variety, which makes sense since that's really a standard metric, like zero-to-60-mph times. One big complaint from many is that an electric car with huge initial torque may perform well in a short race, but not so much in the long run. Of course, the other battle comes down to how well would these Tesla's do on a winding track, but that's another story, right?

Hopefully, you like Linkin Park, but there's always the mute button. You may not want to deal with the sound of the Porsche anyhow ...

Let's have a closer look at the cars' specs:

Tesla Model S P100D: Some of you may be surprised at the results ... some, not so much. It's important to keep in mind that as you shop for your next car, while quarter-mile and half-mile times are great, and cars that impress in those areas are "King" in many outlets, unless you're breaking the law or beating your car up at the drag strip, zero-to-30-mph and zero-to-60-mph metrics are really all we might utilize and experience in real-world, public-road driving.

We can only hope for at least a plug-in Porsche 911 sooner rather than later! Sadly, it seems that an electric 911 is far off ...