The Tesla Model 3 Is Innovative And Unlike Any Other Car 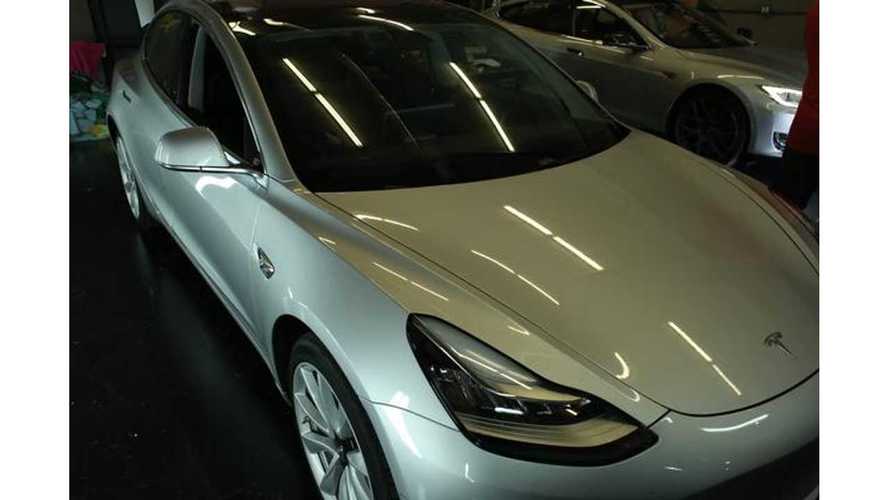 TESLA MODEL 3 DESIGNED TO BE 'A MOBILE LIVING ROOM'

Everyone understands that Tesla’s vehicles represent a new breed - everybody knows they’re fast, and everybody knows they don’t burn gas. Those with some expertise in the auto industry also understand that one of Tesla’s most groundbreaking features is its user interface - as Tesla co-founder Ian Wright explained to me in a 2014 interview, Model S is the first vehicle to be controlled by a single integrated operating system, as opposed to the hodgepodge of interconnected computers that runs legacy vehicles: “That’s the sort of thing that Tesla gets right in their sleep, and the big guys really struggle with.”

As innovative as Model S’s user interface (UI) is, now that reviewers are starting to get their hands on Model 3, the more insightful among them are realizing that its UI presages something much more revolutionary. Alex Roy of the Drive notes in a recent article that Model 3 lacks dashboard knobs, visible vents and other tactile controls that drivers have been fiddling with for almost a century. You have to use the touchscreen even to adjust the windshield wipers, or to open the glovebox.

“The Model 3 may have four wheels and a car-shaped body, but that’s where its similarity to most cars ends,” Roy writes.

What Model 3 does have is a giant screen placed right in the middle of the car. Unlike the vertical screen in Models S and X, Roy doesn’t believe this one is only, or even mainly, designed to control the car. Consider the screen resolution, which is 1,920 x 1,200 pixels. That’s an HDTV, which suggests that Tesla intends the center console to be used for watching movies and other media. Some reviewers have complained that the center-mounted screen doesn’t seem very convenient for driving. They may be right.

The conclusion that Roy facetiously leads us to in his article is that Model 3 isn’t really designed for drivers - it’s optimized for the driverless future, not so much a car as “a mobile living room.”

In fact, as a Tesla Motors Club member surmised back in September, certain features - a camera that monitors the interior cabin; software-controllable access to the glove box, trunk and frunk; the ability to unlock and start the car with a smartphone app - seem designed to enable Model 3 to operate as a self-driving taxi on the Tesla Network.

If this is an accurate assessment (Tesla has said Model 3 will be capable of full autonomy, but has not announced any specifics), it represents nothing less than a revolution in the automotive industry - Model 3 is the first production vehicle in history designed to operate without a human driver.

As this story makes the rounds of the EV press, the mainstream media has as yet no inkling of the implications but remains fixated on the probably-inevitable delays in ramping up production. The legions of Tesla naysayers, particularly on the stock market blogs, insist that delays in ramping up to full production volume will doom the company. Alex Roy is having none of it. In another recent article, he argues that the Tesla brand is so valuable that it will never die, even if the company meets with financial disaster (an event which, despite the pundits’ preening, is far from imminent).

“In an increasingly commoditized world, brand is everything,” writes Roy. “By that standard, Tesla has already won. As long as the Model 3 is halfway decent - and it’s clearly far better than that - Tesla will survive.”

Think about all the electric vehicle startups that are cropping up with deep-pocketed Chinese investors and a former Tesla executive or two (Faraday Future, Nio, Lucid et al). They’re betting billions on the premise that there’s huge pent-up demand for compelling electric autonomous vehicles. Even if - God forbid - Tesla should bog down in the Valley of Death and go bankrupt, how long would it be before someone reorganized it and put Model 3 production back on track? (A123 and Fisker have both come back from the dead, and neither had anywhere near the brand recognition of Tesla).

Model 3 points the way to an electric, interconnected, self-driving future, and as we all know, genies, once released from their bottles, do not allow themselves to be stuffed back in. Not everyone is happy about it, but that future is coming, and automakers, investors, and consumers will have to decide whether they want to be drivers, passengers or roadkill.