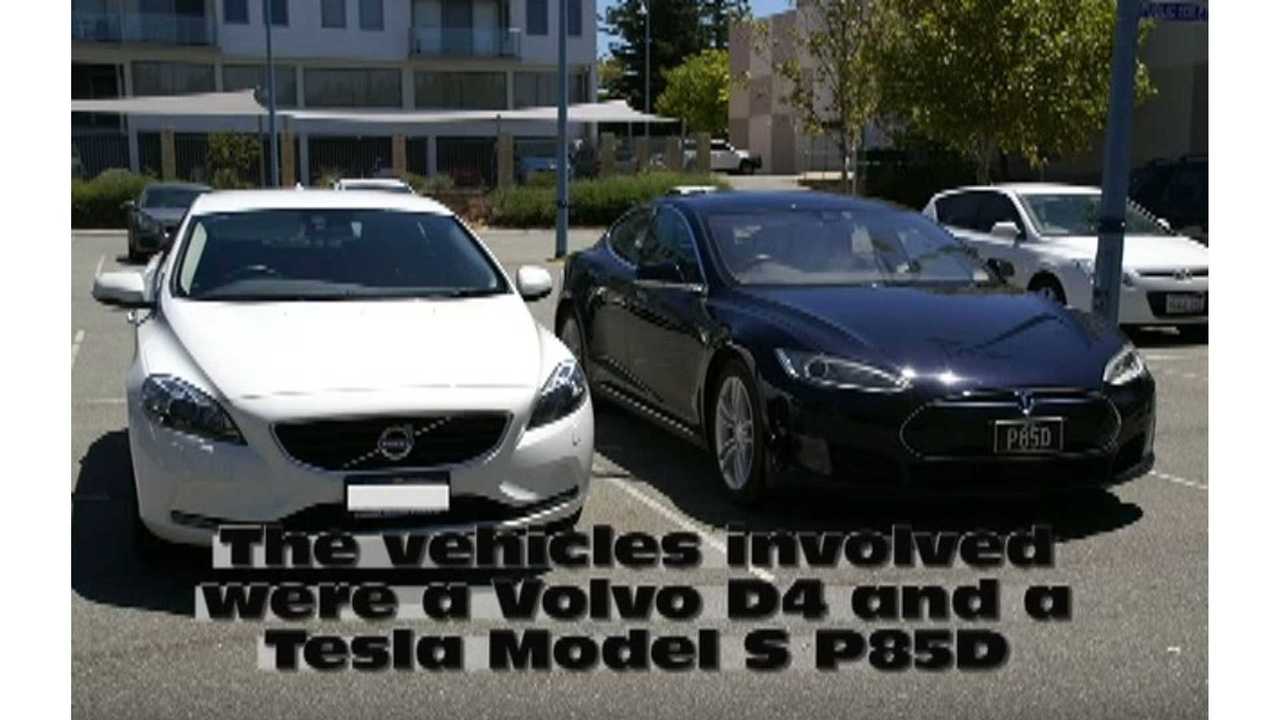 Electric cars are extremely efficient, but this experiment proves that EVs can beat ICE even when the rules are completely changed, like when the EV is charged by a diesel generator.

Tesla Owners Club Western Australia, along with AEVA, tested the efficiency of the Tesla Model S P85D powered from a diesel generator and compared it to the Volvo V40 D4 2L diesel.

The result is the final blow to ICE, as the relatively efficient, small and much lighter Volvo wasn't able to cover the same distance as the Tesla (powered from a diesel generator) on the same amount of diesel fuel.

The diesel generator provided 18 kWh of electricity using 4.460L, which was enough to drive 104.6 km (65 miles) in the Tesla. The Volvo went the same route in the same conditions, but used 4.800L of fuel!

That's a total blast to ICE as the EV won against the smaller, lighter (1,500 kg vs 2,200 kg), less capable car, with lower performance in this worse-case scenario.

Usually, electricity is provided by the grid, which is becoming cleaner and cleaner everyday. So, under normal circumstances, the Tesla wins by even more.