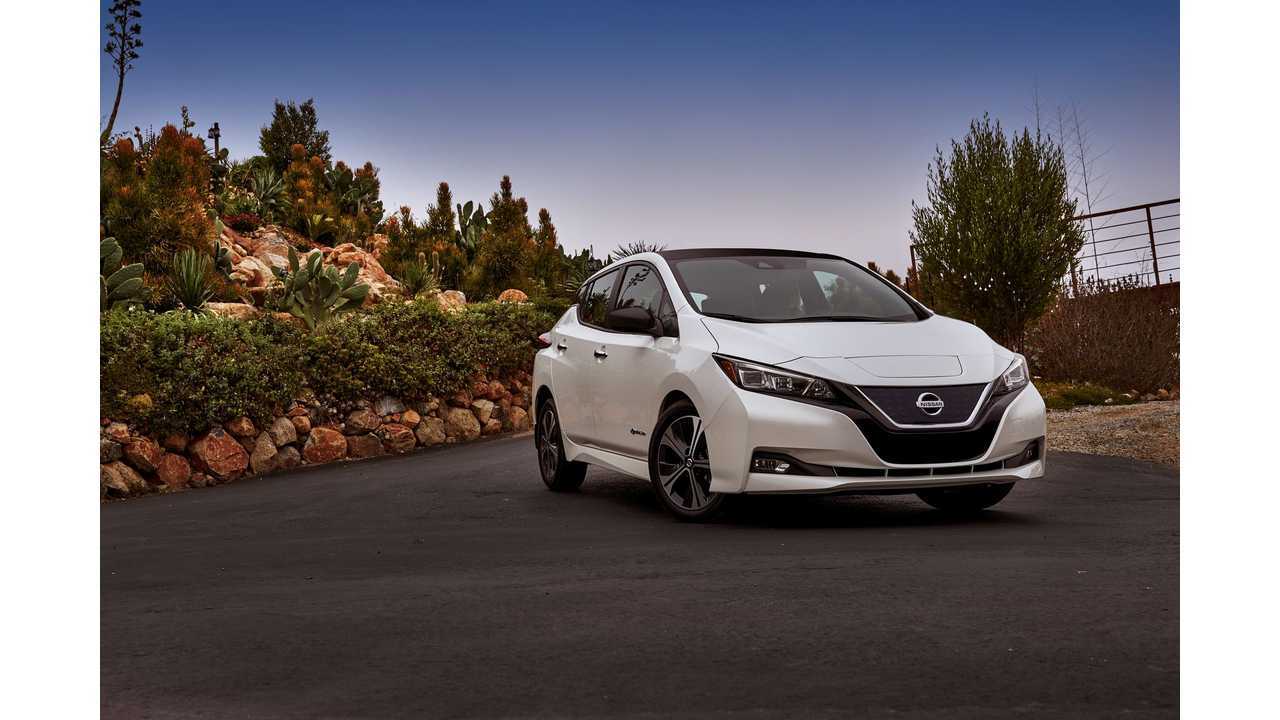 Bigger battery will help it compete against the Chevy Bolt and Tesla Model 3.

In case you hadn't heard, Nissan has officially launched its all-new, all-electric 2018 Nissan Leaf. It comes, initially at least, with a 40 kWh battery said to offer an EPA-rated 150 miles, but will get a 60 kWh battery option sometime next year. While the 150-mile Leaf may have its fans because of its $29,990 price point, others are anxious to learn how much range the larger option will yield.

It's an important data point. Potential buyers will want to weigh the new Nissan carefully against the 220-mile Tesla Model 3, the 114-mile BMW i3, and the 238-mile Chevy Bolt. So, one of the main question left unanswered at the Leaf's launch was the range customers might expect from the bigger pack. Now we have a pretty believable answer.

According to a tweet from journalist and noted Tesla skeptic Bertel Schmitt, quoting Nissan's executive vice president of global sales and marketing Daniele Schillaci, the answer is "more than 225 mile range." Prompted, the exec added, "EPA." Mathematically, this makes sense. The larger pack is fifty percent more energy dense than the standard 40 kWh pack, and so it should offer fifty percent more range.

With our curiosity about the range figure more or less satisfied, our minds turn to the question of "why?" Why does a 60 kWh battery yield 238 miles in the Chevy Bolt, but around 13 miles less in the Leaf. Two possibilities come quickly to mind. Maybe the Bolt is just more efficient due to weight, drivetrain efficiency, aerodynamics, or some combination of those factors. Or, perhaps, the Leaf can use less of the overall capacity of its pack.

Whatever the reason, it's clear that the pressure will be on Nissan to keep the price of the larger battery option low enough to go head-to-head with the Chevy and its $36,620 MSRP. Already at a 13-mile disadvantage, it will be an interesting battle for market share, once it finally gets started.