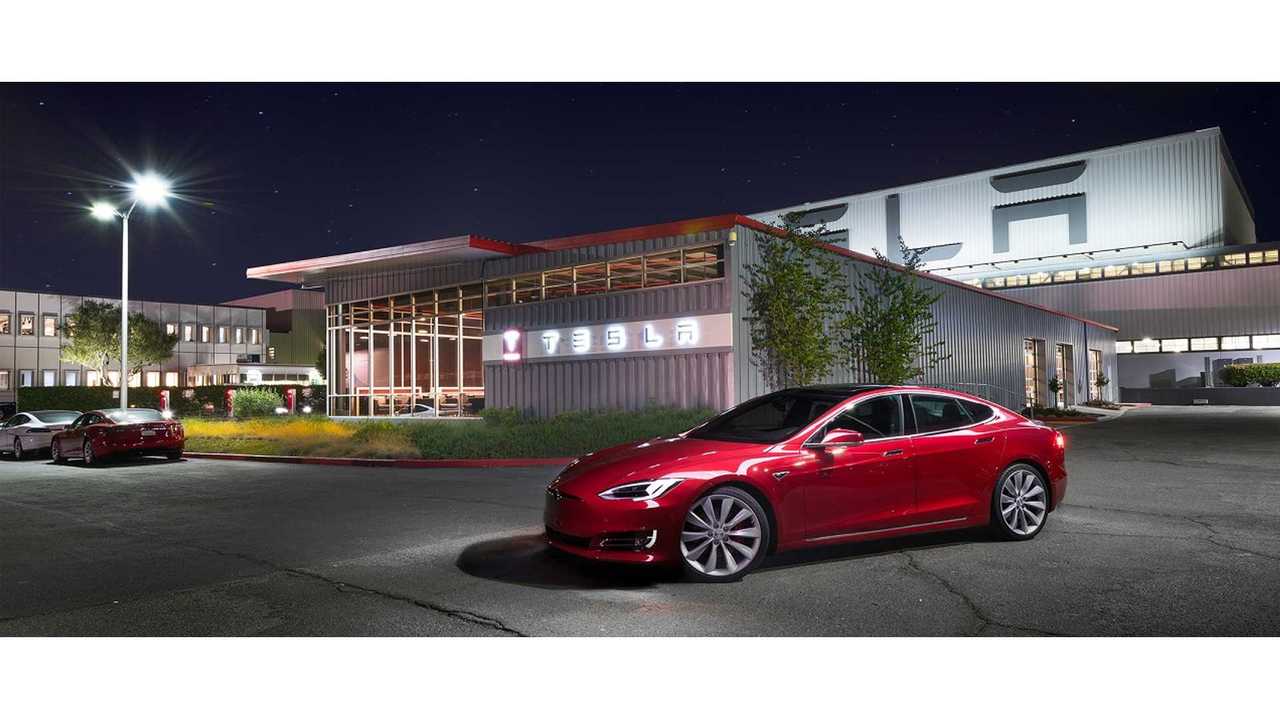 Tesla Model S and X vehicles in Europe and Australia adhere to Euro NCAP Pedestrian Safety requirements, which maintain that vehicle hoods must have a specified amount of clearance above structural components to minimize injuries in pedestrian collisions.

The fact that Tesla's vehicles follow this protocol is not the interesting part, however, the way in which the vehicles achieve the compliance is hidden and unique. It's not something that is talked about in the U.S., because the mandates don't apply. So, information regarding the "Active Hood" feature is widely unknown.

An Active Hood lifts to create space and better absorb the pedestrian's impact.

Tesla has installed a pyrotechnic system that raises the rear portion of the hood (closest to the windshield), if a frontal pedestrian crash is detected. The hood immediately lifts by a few inches so that the pedestrian's impact hits a softer, and more movable surface than that of the solid parts beneath the hood, or even the windshield.

According to Teslarati, Carspotter Daily posted a video  - attempting to simulate a vehicle/pedestrian collision - on the Tesla Motors Club forum. There is no information stating whether or not CarSpotter was trying to get the Active Hood to employ, or the video was simply testing the Tesla Model S' Automatic Emergency Braking (AEB) system. This is not unlike Kman Auto's videos that we shared awhile back, which put our own former contributor, Mike Anthony, in front of a moving Model S, in order to test out the AEB system.

In the end, it doesn't really matter, because neither system - the AEB or Active Hood features - was engaged, and all that was shown was Autopilot's ability to detect humans. But, Teslarati did catch a reference to the "mystical" Active Hood feature in the forum post video's closing notes.

Tesla's Autopilot system does such a good job of detecting pedestrians and avoiding any potential collision in the first place, that getting the Active Hood feature to employ is obviously difficult. If a collision is not imminent, the system won't activate.

Teslarati reported that an incident involving a kangaroo, in Australia, showed the system working its magic. Those that witnessed the collision said that it must have worked as intended, because the animal may have suffered a broken leg, but it didn't appear to have any head injury.

The hood on the Tesla is actually covering the "frunk" of the car, so it includes a seal to keep water out. This is very unlike the hoods in traditional ICE vehicles, which allow water to pass through. Tesla had to work out a special design and patent to make its vehicles comply.

The Tesla Model S manual - in its European configuration - explains the Active Hood feature (via Teslarati):

Model S features a pyrotechnically-assisted pedestrian protection system that reduces head injuries to pedestrians and cyclists in a frontal collision. If the sensors in the front bumper detect an impact with a pedestrian when Model S is moving between 19 and 53 km/h, the rear portion of the hood automatically raises approximately 80 mm. This creates space between the relatively soft hood and the hard components beneath to absorb some of the impact energy in a collision.

Note: The pedestrian protection system relies on a series of sensors and algorithms to determine when Active Hood should deploy. Therefore, the system may not deploy in all collision or crash situations. If Active Hood has been deployed, the instrument panel displays an alert and an audible chime sounds. Immediately take Model S to the nearest Tesla Service Center. Active Hood’s associated sensors and actuators must be serviced by Tesla whenever Active Hood has been deployed.

Warning: If the instrument panel displays an alert indicating that Active Hood has been deployed in situations where it has not, immediately drive Model S to the nearest Tesla Service Center.

Note: If damage occurs to the front bumper, contact Tesla for a list of Tesla-approved body shops in your area. Tesla approves specific body shops to ensure they meet strict requirements for training, equipment, quality, and customer satisfaction.