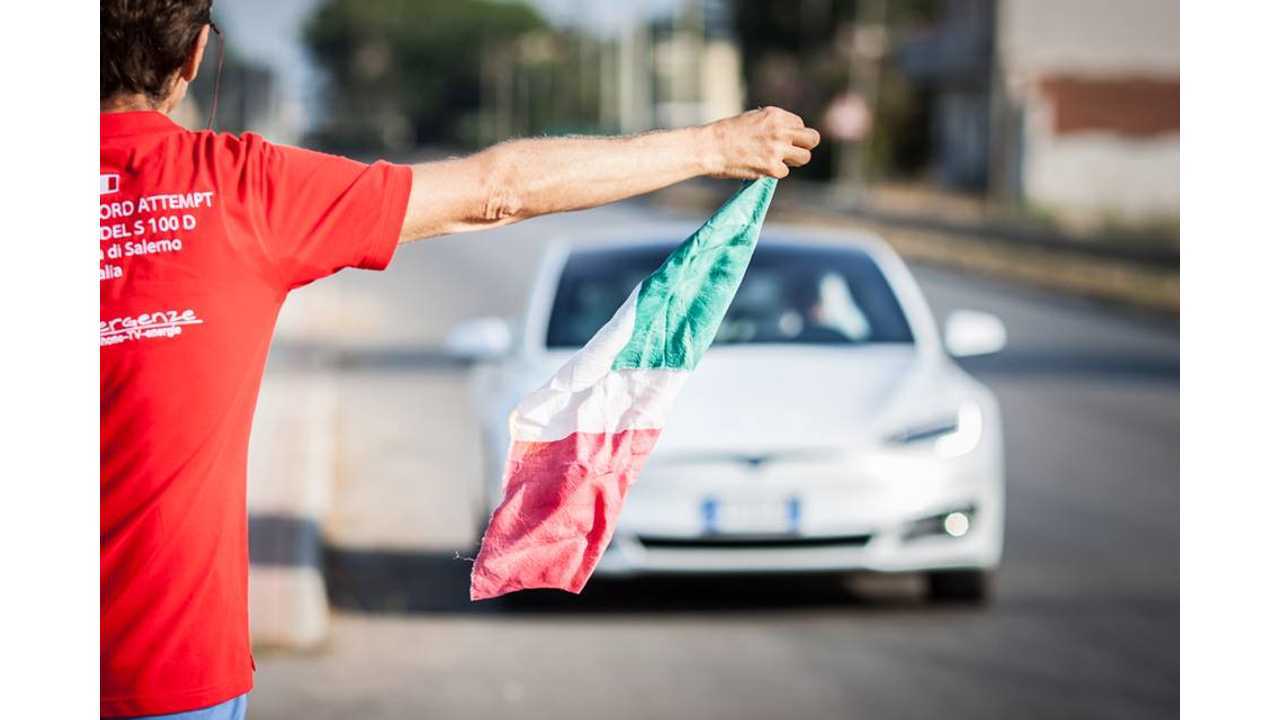 Tesla CEO Elon Musk said achieving 1,000 km on a single charge in a Model S 100D was possible and now it's been done.

That's the new record for the longest distance covered on a single charge in a Tesla ever, and well above the 1,000 km mark stated was possible by Elon Musk two month ago.

The team managed to set the record using just 91 Wh per km, in total using 98.4 kWh.

Tesla CEO Elon Musk even took to Twitter to congratulate Tesla Owners Italy and to verify that the drive indeed set a new record, not just for a Tesla, but for any production electric car ever!

Here are some photos (all via Tesla Owners Italy-Ticino-R. San Marino on Facebook) from the attempt: