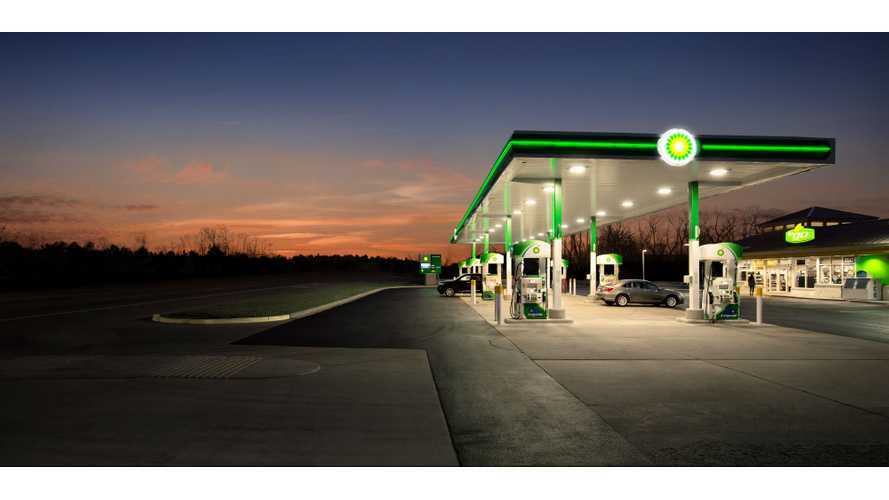 According to BP, electric cars will play a minor role in reducing carbon emissions, and the global demand for fuel will continue to grow significantly over the next ~20 years.

British multinational oil and gas company, BP, just published its annual 2017 BP Energy Outlook. It projects a 30% increase in global energy demand over the next ~20 years. According to BP, while carbon emissions growth is declining, it's not primarily due to EVs, and the fuel demand will grow, regardless of electric cars.

Despite of the continued growth of electric cars, BP's Outlook shows that 75% of total global energy needs by 2035, will be satisfied by gas, oil, and coal.

This may seem substantial, but compared to the anticipated global gross domestic product increase of 3.4% per year, the energy increase of about 1.3% is considered low. The publication is proof that growing technology related to energy efficiency, along with global environmental awareness, is making a significant impact.

Regardless of all of this, BP's Outlook shows that 75% of total global energy needs by 2035, will be satisfied by gas, oil, and coal (in 2015, fossil fuels accounted for 86%). Half of the new growth will be covered by non-fossil fuels. While this is somewhat disconcerting, it shows promise that, as energy needs continue to increase, non-fossil fuels will keep getting a larger piece of the pie.

According to BP Outlook:

However, the percentage of those vehicles that are projected to be EVs is small (~5.5%). In 2015, there were 1.2 million electric cars around the globe. The publication shows 100 million by 2035. BP estimates that about one quarter of these will be PHEVs, with the remaining 75% will be BEVs. However, BP's group chief economist, Spencer Dale admitted:

"The impact of electric cars, together with other aspects of the mobility revolution, such as self-driving cars, car sharing and ride pooling, is one of the key uncertainties surrounding the long-term outlook for oil."

The Outlook shows that even with 100 million EVs on the road by 2035, nearly all of the decrease in carbon emissions would be attributed to increased fuel efficiency, rather than those EVs. The EVs would account for about 1/10 of the carbon emissions reduction, compared to that of the traditional fuels burning cleaner.