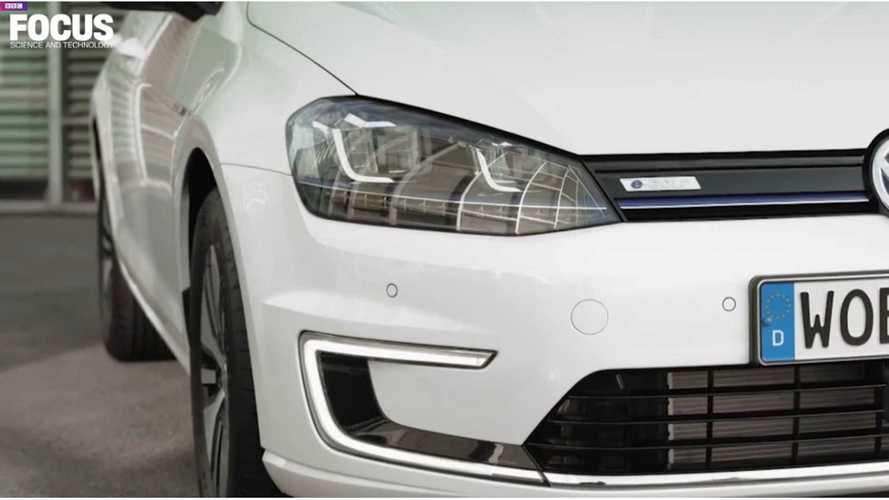 The results are in for the 2015 Volkswagen e-Golf.

According to the EPA, the e-Golf has a rated range of 83 miles, or 1 less than the Nissan LEAF (see EPA chart above for official tests results city/highway/combined for all 2015 Model Year EVs).

In terms of MPGe, the EPA rates the e-Golf at 116 combined, but the breakdown for city/highways is as follows:

Of note is that the 2015 VW e-Golf's ratings are a result of testing only in B-Mode (maximum regenerative braking mode).

With a base MSRP of $35,445, the VW e-Golf isn't as cheap as the Nissan LEAF, but it does have a competitive lease rate.

Revealed exclusively to InsideEVs, Mark Gillies, Manager of Product & Technology at Volkswagen of America, tells us the lease deal on the 2015 e-Golf is as follows:

Vw lists the e-Golf’s “competitive set” as such:

All e-Golfs come fully loaded.  This includes standard CCS.  No other vehicle offered in the U.S. has CCS as standard equipment.

Here is the full e-Golf spec sheet from Volkswagen:

Here is the spec sheet as given by VW on the e-Golf:

Lastly, and this may be a deal-killer for some, the VW e-Golf's battery pack is air-cooled, same as the Nissan LEAF.
++Share