UPDATE: BMW i3 REx Plagued By Check Engine Light In US 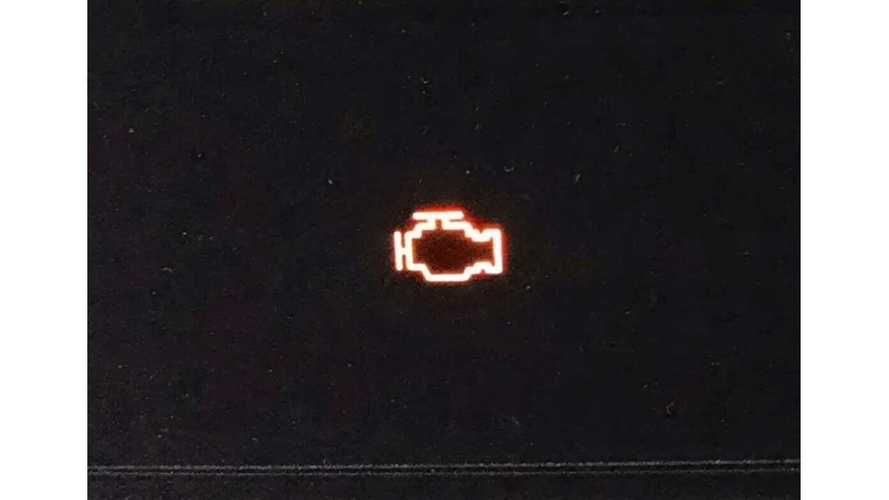 Many people that order the range extender option on the i3 do so because they just aren't comfortable with the BEV i3's 81 mile EPA range rating. Personally, I really didn't want it, but my driving demands dictated that I really needed it. If the i3 had 15% to 20% more range I would not have ordered the REx and I suspect there are a lot of others that would fall into the same category as me on this.

We know it's there and we aren't particularly proud of hauling around the oil, gasoline and the rest of the muck that goes with it. So, the last thing we really want is to be constantly reminded that we have a gasoline engine in our shiny, new electric cars. Unfortunately, that is exactly what is happening.

I then dropped my car off to be wrapped so I wouldn't be driving it for a week. During that time, other range extended i3s were getting delivered and just like what I observed, within a day many other people were reporting the same thing. Some took their car back to the dealership where they downoaded and cleared the fault codes and released the cars. The dealers don't yet have any answers and are basically saying there is nothing wrong with the cars and the light is coming on erroneously. Some people were told that if in fact there was indeed a problem with the engine the CEL would blink, not just light up and stay on, as that is what's happening.

*Editor's Note: This post appears of Tom's blog.  Check it out by clicking here.

Unfortunately, I got a flat tire last week and needed to get towed to my dealer so it was a good time to have the CEL looked at. The service manager said they pulled the codes and reset everything but didn't see any problem. Unfortunately ,the light didn't go on while they had it, but I doubt that would have made any difference. I've had reports from others that did indeed bring their car in with the light on and the dealer was just as stumped as to the cause. I also find it odd that the car's Check Control reads "All systems OK" even when the light is on. This offers more evidence that there really may not be any physical problem, but perhaps just some software bug that is turning the light on.

This Is How My Display Should Look - No Check Engine Light

If that's the case, then why haven't we seen this reported for the past five months or so that the i3 REx has been available in Europe? I suppose the cause could be rooted to the fact that the US i3 REx operates differently than the European version, with restrictions on how and when it operates. To complicate things even more, only weeks before the REx was to launch in the US, BMW had to restrict the size of the gas tank from 2.4 gallons to 1.9 gallons. This meant the existing built cars needed to have some kind of retrofit done post-build. Could that work have triggered some kind of software conflict which causes the CEL? That would certainly explain why BMW hadn't seen this issue before and why every i3 REx (that I know of at least) in the US has this issue.

I know for a fact the engineers at BMW of North America are working on this. Hopefully they will get it resolved soon. I expect we'll get a phone call at some time asking us to bring our cars in for a software update, but who knows, maybe there actually is a physical problem it is detecting. However, at the moment, nobody from BMW or the dealers seem to be able to provide any real answers. If I don't hear anything soon, I may be forced to just fix it myself!

*UPDATE: BMW has a "fix" in the works.  Here's the technical bulletin on the matter:

Intermittently, a Check Engine Light (CEL) may be illuminated on i3 REX vehicles, without a relevant fault code stored. It is an erroneous display and it’s not affecting drivability, emissions, or functionality of the vehicle. To eliminate this software glitch, a temporary IRAP solution has been implemented. In case of customer’s complain of CEL illuminated (without emissions related faults stored), submit a PuMA case titled “i01CEL – No Faults” requesting IRAP reprogramming. Make sure that the vehicle’s integration level is at 14-03-505 prior to the IRAP session. SI B12 10 14 is going to be released shortly.