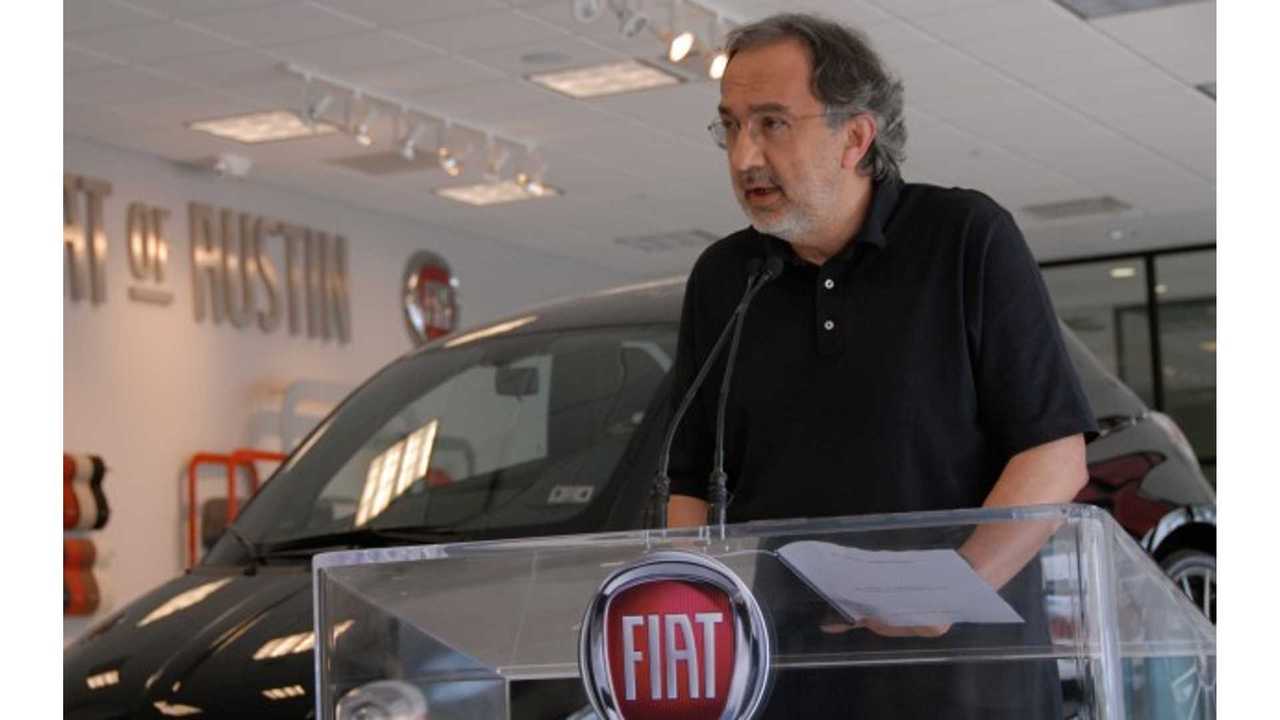 Apparently Fiat is immune to the forces of scale and decreasing battery prices when it comes to the profit margin on their popular 500e plug-in car.

While speaking at the Brookings Institution panel in Washington this week, Fiat CEO Sergio Marchionne decided to his update his previous statement from 2 years ago that Fiat will lose $10,000 on each electric car they sell.

You can now make that $14,000 - and the Fiatsler boss thanks you for not buying one.

And while Fiat has a corporate policy about not disclosing production and sales on the 500e, a recent full model recall for possible power loss (all build dates through April 4, 2014), does put an exact number on the units built so far - 4,151 units.

As a point of interest:  Mitsubishi Motors USA (who often in the past has had to root around their couch just to pay the bills) says they can turn a profit on the i-MiEV, a vehicle that starts at $22,995 (USD) ... and is imported from Japan