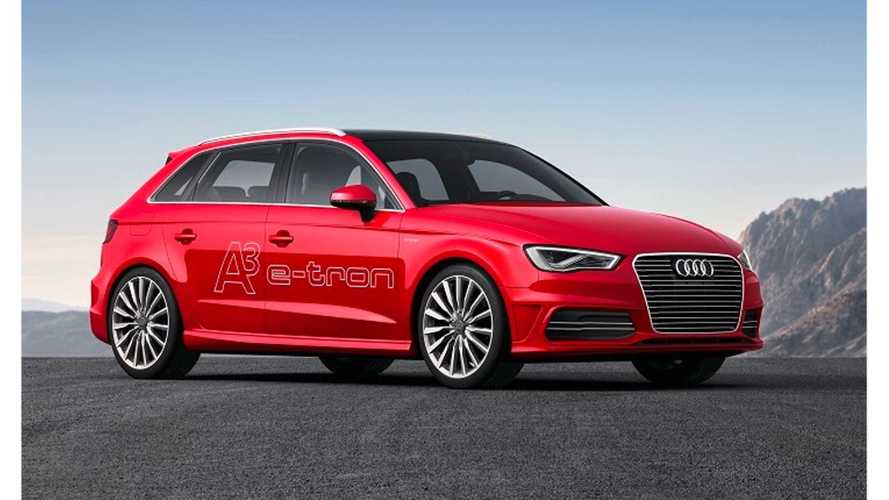 Audi has said that it prefers plug-in extended range hybrids over all electric vehicles.

The Audi, which basically is the same set up as the Volkswagen Golf plug-in, but with more luxury appointments, is powered by a 1.4L engine that puts out 148 hp (148 lb-ft).

Electric range is listed at 31 miles via a 8.8 kWh battery, and can be fully charged in about two hours.   (US ratings note: The 31 mile listing is Euro-NEDC based, and translates likely to around 20 miles on the EPA standard)

The car will be priced around  €38,000 ($49,000 USD) in most parts of Europe when it goes on sale there as early as the end of this year in selected markets.  And yes, Audi has confirmed the car is coming to United States as well.  The A3 e-tron is now expected in both the UK and in the US in mid-2014.

Heinz Hollerweger, Audi AG’s head of technical development, says "battery-only vehicles give up too much in range" to appeal to most buyers.

Natural competitors in the US market would be the BMW i3, the Chevrolt Volt, its sister VW Golf, and the Cadillac ELR; which just headed into pre-production recently itself in anticipation of a 2014 release.