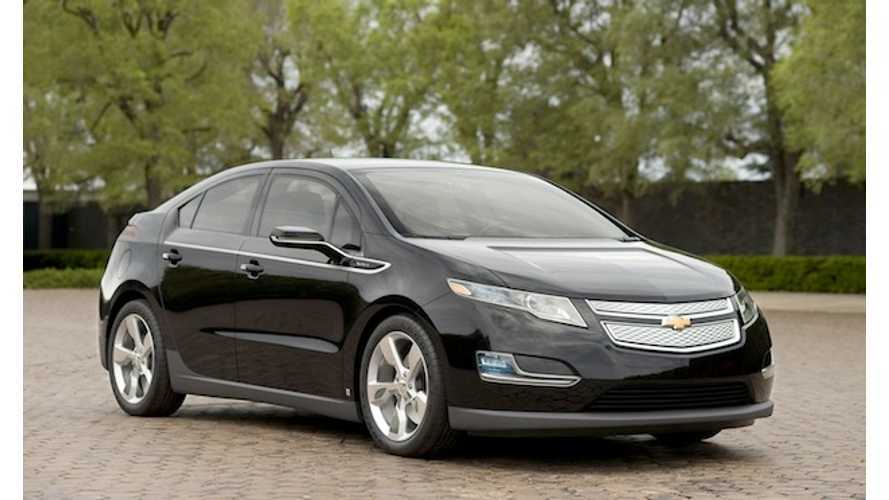 In a brochure obtained by InsideEVs, and produced by GM, with the apparent intention of having it reviewed by their sales people to brush up on all the 2013 model year Volt changes and talking points, the General not only outlines the new features of the car, but as a special bonus, illustrates how these new features should be demonstrated and sold.

HOLD MODE: A feature that was first introduced in the Opel Ampera, and that is now standard on the 2013 Volt. This feature allows the driver to NOT use the on board lithium battery to propel the car, despite it still being charge capable. GM notes that hold mode will not charge the battery from the ICE, and that the car now has four driving modes: normal, sport, mountain and hold.

"...will hold EV range and drive in extended range mode until feature is disabled. Ideal use: Engage for those routes that begin with highway driving, allowing drivers to save the EV range for stop-and-go city traffic"

IMPROVED RANGE AND EFFICIENCY: As previously released information stated, the 2013 Volt now gets an EPA 38 miles of electric range and 98 MPGe. The brochure notes that this MPGe efficiency is obtained "...due to more efficient electric operation." Extended range driving (non-electric) is now up to 344 miles, and total range is up to 380 miles.  (...and yes, I understand that 344 + 38 = 382, but who am I to correct GM on their math?)

SLOWER DEFAULT CHARGING: This is the puzzler. GM has changed the default setting of the Level 1 charge on the Volt. Instead of a charge setting at 12 amps, enabling the car to fully recharge the pack in about 10 hours, GM has programmed the car to operate at 8 amps, meaning if you plug in your 2013 Volt without first going through a 4-step 'dashboard dance', your looking at a 16 hour wait to top up.

GM also notes this isn't a one time, 4-step, control panel change if you want to consistantly charge the quick way, but rather the "charge level resets to 8 amps every time the vehicle is shifted out of Park."

GM has had some issues with their 120v charge cords in the past, and is now touting a new, revised, foot longer, charge cord for 2013, but one has to wonder what prompted this new cautionary setting. Was their too many issues with GM's L1 charging equipment, and this is a attempt to lessen the incident rate?  Or is this merely an attempt to stop customers from tripping overburdened/outdated services at places they are not familar with?

Regardless of the reason, we are confident that with an estimated 95% of all charging being done at the EV owner's place of residence, most would prefer to have charging optimized at its highest level, or at least have the option to have that as a permanent default.

UPDATE:  At the request of GM (and because we are swell guys...and/or because we want to be invited to the first drive of the Cadillac ELR) we have removed the direct links to the source document.

Other New Features for the MY 2013 Chevrolet Volt: