What Is An E-Bike?

They are bikes that have been electrified, but there's more to it than just that.

With more than half of the human race living in cities, they’re getting pretty clogged up. And a lot of that space is taken by cars and SUVs. We’ve covered all sorts of those cars on this channel already, but we haven’t really touched on other types of electric transport that much. Today we’re diving into e-bikes. Stay tuned for the details…

What is an e-bike?

So let’s go back to basics for a moment. We all know what a bicycle is. But the moment you put an ‘e’ before that, we start to get a little confused. And I’m not surprised, because although the first ebikes were made nearly a hundred years ago, it’s only in the last few years that people are really becoming aware of them.

So you could say than an e-bike is just a bicycle with an integrated motor. But you could then break that down into two classifications. The first being ‘pedelec’, and the second being ‘throttle’. So what do we mean by that? Well, ‘pedelec’ is when the motor only assists your pedalling. When you turn the pedals to cycle, the motor kicks in and helps you along with added power. So you effectively control the power with your feet. The harder you press, the more the motor kicks in! Some others have a throttle that you press, and the motor will whizz you along, whether or not you are actually pedalling! But it’s worth noting that in many countries and jurisdictions, throttle bikes are not classified as bicycles and as such maybe are not allowed. So before you run out to buy one, it’s worth checking the laws where you are!

So let’s leave it there for a moment and look at some other aspects.

Are e-bikes popular? Well, yes…but they’re getting a whole lot more popular really quickly. Transport and mobility changed a lot due to the events of the last couple of years, and e-bikes were the answer for a lot of people. Researchers at NPD group showed that sales in the US grew by 145% from 2019 to 2020. The EU Mobility Atlas claims that 17% of all bikes sales in the EU are now e-bikes. And these figures are only likely to grow. 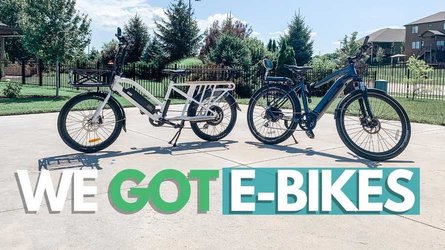 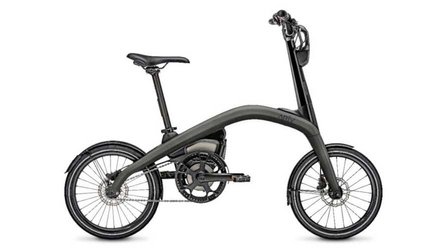 How fast do they go?

But that’s enough of the data for now, let’s get on to some of the more exciting stuff! How fast do these things go? Typically, these types of bike will travel up to about 25 to 32kmh or 16-20mph. Of course, there are a lot of exceptions in there, some people are even adapting their own bikes to go much, much faster.

Typically, pedelecs will not offer more than 250watts of continuous power and will stop assisting when a speed of 25kmh is reached. Although, in places like Germany or the US, you can get a sub-category of Pedelecs called an S-Pedelec that allow up to 750watts of power and 28mph speeds.

That’s all well and good Martyn, but can I afford one? Well, they’re not cheap. But then again that depends on where you’re from, what type you want and how you want to go about getting an e-bike. It’s also relative to what form of transport you’re replacing…as in they’re much, much cheaper than cars! In the US, a new e-bike will typically cost you around $1,500 to $2,000. Where I am in the UK, you can easily spend £1,500 to get a decent one. But the prices can go up substantially if you’re buying performance e-bikes or cargo bikes.

Also, In Europe there are significant duties on many imported e-bikes to protect domestic production and manufacturers.
But if you’re budget conscious then you can definitely find much cheaper examples than the figure we just spoke of. In the same way that you don’t have to buy a Mercedes EQS to own a car, you could also buy an MG5 for example.

But there’s another way to get your hands on an e-bike…and you don’t even have to buy a bike! That doesn’t make any sense, Martyn! Yes it does, because you can actually retrofit your bike to be an ebike! It’s an increasingly popular endeavour, and one best highlighted by all the fast-food couriers you see flying around towns and cities.

There are loads of companies out there that make kits. The likes of Swytch can post out your conversion kit for you. It’s really easy, and can be done at home with the help of some very basic tools. Californian based Bafang do some pretty nifty kits also that go all the way up to 1,000w of power!

What sort of range do you get?

When we talk EVs, and cars in particular, we love to talk about range! So what sort of range do you get on an e-bike? Well, my friend, how long is a piece of string? The answer, unfortunately, is that it depends. It depends on the terrain, on how fast you want to go. But in general for an entry level bike you can expect something like 30 miles.

But of course if you’re willing to spend a bit more, there’s companies out there that will happily supply you with a long range e-bike. Take the Amsterdam-based QWIC for example. They have a few bikes in their range that will take you upwards of 100 miles in eco mode! Think about that for a second, that’s farther than an original Renault Zoe or Nissan LEAF!
Maybe we’ll test one out on the channel here in the future…let us know in the comments if you’d like to see that!

Are there other applications?

So e-bikes look like a pretty nifty idea. But wouldn’t it be great if you could put a big basket on the front or back and carry some stuff around? Or maybe put a couple of seats up front to bring the kids to school? Don’t worry, you’re well covered there also. Now although there are loads of uses for e-bikes out there, we’re going to take a minute to look at cargo bikes.

They can be a brilliant way to move people and goods around cheaply and quickly. Now there’s no narrow description of a cargo bike, as they can take the form of a longtail, a boxbike, pedicab, trike, and so on. And each one has its own specialties. Different manufacturers will take different approaches to setting up a cargo bike. Things like weight ratings will be different for each one also. Most manufacturers will allow you to spec your bike in a certain way. You can option rain covers, extra batteries, different motors and so on.

Now a cargo bike is a good bit more expensive than a regular bike. But then again, it’s all relative. If you’re replacing the second car in your family with an e-bike, a figure of $5,000 is a tiny amount to spend over a period of a few years considering the savings in maintenance and fuel.

Wow, so much to go through today in this quick-fire introduction to e-bikes, and so hard to cram it in!  Did you enjoy it, and would you like to know more? Would you like to see us featuring and reviewing e-bikes more?

If you have an e-bike, let us know your experience…and tell us about why you bought it.