Ford F-150 Lightning Vs Tesla Cybertruck: How Do They Stack Up?

Which electric pickup would you choose? This detailed comparison should help you come up with an answer.

The Tesla Cybertruck shocked the world when it debuted in November 2019. Prior to revealing the electric pickup truck, CEO Elon Musk dropped some interesting hints, but no one really had any clue what it was going to look like. When the Cybertruck took the stage, many people thought it was a joke.

Since then, pre-orders for the truck have been massive, due in part to many Tesla fans actually liking the electric truck's crazy design. Other people have admitted to ordering the truck simply due to its bargain price, outstanding capability, and sheer uniqueness.

We'd been waiting eagerly for Ford to unveil an all-electric pickup truck, and we knew it was only a matter of time. The automaker teased the world with a prototype of an F-150 Electric that could tow 1 million pounds, albeit on rails, but it still got people talking.

As you probably already know, Ford officially revealed its upcoming, fully electric F-150 Lightning in May 2021. The company plans to launch the Lightning in the spring of 2022. It's much more of a traditional truck for the masses than the crazy Cybertruck. In fact, it looks much like any other pickup truck you'll find on the market today.

When it comes to range and price, the Cybertruck has a significant edge over the Lightning. However, when it comes to an electric truck that current truck owners will actually consider buying, the Lightning seems to make more sense. That could mean massive sales for the F-150 Lightning in the future, since the F-150 is the best-selling vehicle in the States and has been for years.

Be Sure To Check Out These Related Articles: 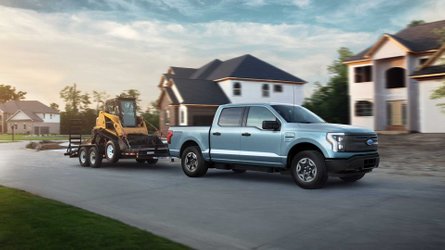 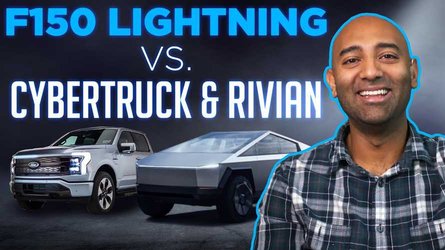 Roadshow compares the two future electric trucks in great detail in the video above. Check it out and then let us know what you think. If you were in the market for an electric truck, would you buy the Cybertruck or the Lightning? Which one do you think will sell better over the long term?