The low price Ford advertised at the reveal is a 230-mile-range commercial work truck, but that's just the beginning.

Is the Ford F-150 Lightning an amazing electric pickup truck? It sure seems so. Was the truck's reveal one of the most significant turning points in the automotive industry? Certainly. C'mon, the best-selling vehicle in America will be offered with a fully electric powertrain.

With that said, some folks (mostly Tesla fans) have been saying Ford was misleading with pricing at the Lightning's reveal. However, this really isn't true. Automakers commonly talk about a vehicle's base price, and we've come to accept that. Tesla talked about a $35,000 Model 3 for years before it showed up and then disappeared.

Moreover, people waited some time for a "base" Model Y Standard Range, then they were told it was never coming. Interestingly, it did arrive for a bit, but it's gone now, and Tesla keeps raising the prices of its vehicles.

Regardless of how any automaker reveals pricing, and whether or not you think it's misleading, a new F-150 Lightning price list is circulating that makes it easy to see the prices of each trim, what they offer, and how it compares to the Tesla Cybertruck.

If you click on the tweet, it takes you to Twitter, where you can open the price list to see it more clearly. However, we've highlighted the details below. According to Teslarati, the price list was first shared on the F150Gen14 forum. Visiting the forum reveals that the price list was reportedly revealed in a survey email sent by Ford.

We can only assume the F-150 Lightning price list is real. The pricing adds up based on what we already knew, and what Ford says on its website, with the cheapest work truck coming in at just under $40,000, and the consumer truck starting at around $53,000.

There are also the two other 230-mile-range options, with prices starting at around $57,000 and $67,000. While the $57,000 Lariat seems like it's equipped similarly to the Tesla Cybertruck, 230 miles of range may be an issue for many people, especially if they plan on road-tripping and towing.

This means they'll probably hope to opt for the 300-mile range Lightning, which starts at a whopping $79,000 and change. Even 300 miles may prove challenging for people who are traveling while towing.

Check Out These Articles For More Details: 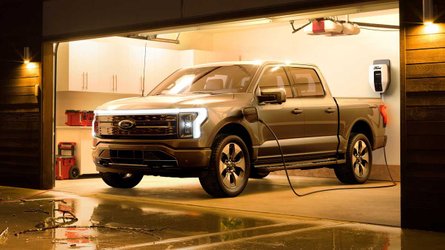 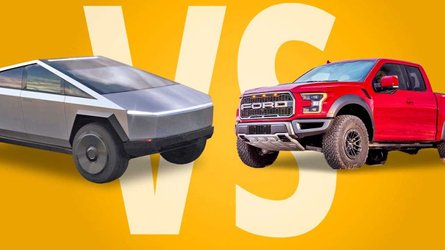 Check Out How The Tesla Cybertruck Compares To Ford F-150: Specs, Price, Range