There’s a long and cherished connection between fast cars and rock and roll.

Nick Hexum, who sings and plays guitar with the multi-platinum rock band 311, is part of a long lineage that includes Chuck Berry, the Beach Boys, Elvis, the Stones and dozens of other rockers who sang about, drove (and sometimes got into trouble in) classic cars.

Hexum’s first exposure to rock and roll was his father’s collection of 45s, he told the Wall Street Journal's A.J. Baime. “Cars were always part of the imagery. You know: ‘Fun, fun, fun, ‘til her daddy takes the T-Bird away.’ Later, when I had some success with my band, I saw this 1955 T-Bird parked across the street from my manager’s office, and it had a For Sale sign. I bought that car for my dad and surprised him on his 60th birthday. It was this tearful moment where I got to show my gratitude for my dad’s love and support, but also for instilling a love of cars and rock and roll in me.”

Hexum has owned a number of hot German sports sedans, including a Mercedes E55 AMG, a BMW M5, and an Audi S6. “It wasn’t about looking cool in an expensive car. I wanted killer performance.”

Aaron “P-Nut” Wills, the bass player in 311, was one of Tesla’s earliest converts—he went so far as to buy a Tesla Roadster with the serial number 311. Hexum was intrigued, but he waited for Model 3, “because it was the size I wanted and it was cheaper than some of the cars I had been driving.”

“When I got my Model 3 Performance version two years ago, I thought it was the best-performing car I had driven, and to have a $60,000 car that smoked some of the more expensive cars I had owned was a win-win,” Hexum told the WSJ. “Because it is fully electric, there is this smooth acceleration—the car has no gears, it just goes—that feels like you’re launching into hyperspace. You’re going from zero to 60 mph in about 3.5 seconds. At the same time, it is completely quiet.”

Hexum also loves some of Tesla’s signature features: “There are certain things in a car that, once you have them, you would rather not do without. I had come to love all-wheel drive cars after owning my Audi S6, because you could accelerate into a corner and the car would be really sure-footed. I had come to love adaptive cruise control because in L.A. freeway driving, there is so much starting and stopping. Adaptive cruise control does that for you. The Tesla had all of this technology. And the Autopilot is huge; it steers for you so all you have to do is keep your hands on the wheel.”

Hexum and his family have gone all-in on electrification—his wife also drives a Model 3, and their house has a solar array and two Tesla Powerwalls. “When I was a kid and I first fell in love with cars, I never imagined that I would drive a car powered by the sun,” he says.

“Ultimately, the thing that made me an Elon Musk fanboy is this: Most people are not going to go out of their way to save the environment,” Hexum told the WSJ. “He created a car with a better driving experience than what was out there, from my point of view, for a cheaper price. And you get to save the environment to boot.” 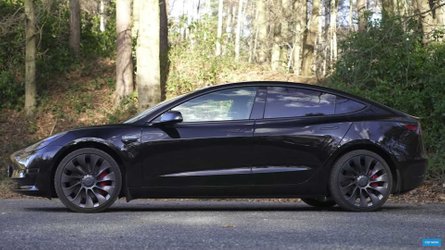 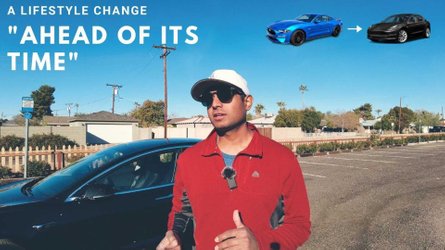 I Sold My Ford Mustang GT For A Tesla Model 3 Performance: Here's Why