Does The Internal Combustion Engine Have A Global Expiration Date?

Posted on EVANNEX on December 23, 2020 by Charles Morris

For better or for worse, the internal combustion engine transformed human society. It opened up the world to fast and affordable travel, increased agricultural productivity and supported millions of jobs, creating a thriving middle class. It also enabled war machines such as tanks, warplanes and nuclear missiles, caused widespread environmental destruction, and bestowed vast wealth on a rogues’ gallery of despots around the world.

Above: Electric vehicles, like Tesla's Model Y, are here and they're ready to take over (Image: EVANNEX; Photo by Casey Murphy)

Now, after a century and a half, the end of the Oil Age is in sight, and the transition to new energy and transportation systems will once again transform our civilization in unpredictable ways.

The signs of Big Oil’s impending demise are all around us. Electric vehicle sales are soaring in Europe—in November, plug-in vehicles accounted for 16% of the overall auto market in the UK, over 20% in Germany, and an eye-opening 80% in Norway. The cost of batteries continues to plummet. According to research by BloombergNEF (via Al Jazeera), the cost of a lithium-ion battery pack dropped by 87 percent from 2010 to 2019. For the first time, an EV-maker has reported a pack-level battery cost below the much-discussed $100/kWh price point, which many consider the figure that will enable true price parity with legacy vehicles.

EV trendsetter Tesla has become the most valuable automaker in the world, although competitors like Toyota and Volkswagen build many times more cars per year (another ill omen for oil: Tesla recently displaced Occidental Petroleum in the S&P 500 index). TSLA’s stock-market success has catalyzed a veritable feeding frenzy for shares in other electric vehicle companies. Not only startup automakers, but providers of charging infrastructure and developers of esoteric EV-related technology are attracting huge amounts of investment, enabling them to accelerate their programs and expand their offerings.

As energy analyst Ramez Naam pointed out in a recent episode of the Outrage and Optimism podcast, the economic case for fossil fuels is dwindling as the cost of energy from wind and solar power plummets. “None of this is happening as fast as we want. But it’s happening a lot faster than people in industry, especially in the fossil fuel industry or the automotive industry, think it’s going to happen, and what’s clear is the internal combustion engine for ground transport is dead, dead, dead, dead.”

Above: Governments worldwide are looking to phase out the internal combustion engine in an effort to go electric (Source: @AJLabs via Car and Driver)

How fast is the transition going to happen, exactly? In his 2015 book Clean Disruption, Tony Seba predicted that “it will all be over by 2030”—a prediction that sounded a little crazy then, a little less so now. In Seba’s view, several converging technological trends—renewable energy, energy storage, EVs and autonomous vehicles—will lead to the demise of the existing oil and electric utility industries for the same reasons we went from sail to steam, from horses to internal combustion—because the new technology is better and cheaper.

The switch to EVs isn’t going to happen overnight, triggered by some “killer app” or “tipping point.” Different markets around the world will go electric at different paces—Norway is almost there already, but in much of the developing world, electric vehicles are a distant rumor. As the novelist William Gibson said back in 2003, “The future is already here—it's just not evenly distributed.”

However, a growing number of countries and regions around the world are setting firm expiration dates (although it remains to be seen how firm they’ll remain when they get closer). A recent article in Business Insider includes a timeline of who’s going all-electric and when.

The world’s electrification leader continues to be Norway, which plans to end the sale of new internal combustion-fueled cars and vans in 2025. In 2030, the UK, Germany, Iceland, India, Ireland, Israel, Slovenia, Sweden, the Netherlands and Denmark are scheduled join the fossil-free club. California is slated to follow in 2035. 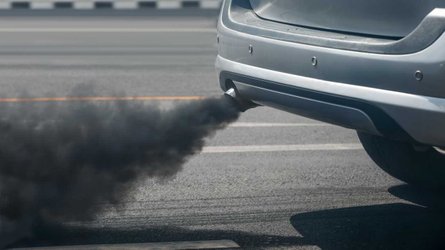 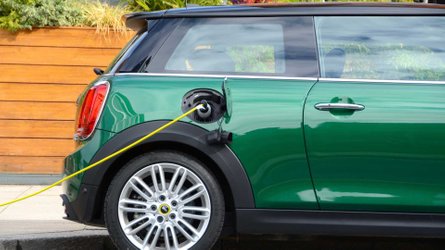 Of course, savvy observers will take these sell-by dates with a certain amount of (lithium) salt. Policies announced by one political administration are often scrapped by the next—the tug-of-war over environmental policy has been going on at least since Reagan took Carter’s solar panels down from the White House roof. Any plans for more than 10 years in the future are basically meaningless—the leaders who announced them will be gone long before anyone even needs to start planning their implementation.

However, the key word here is momentum—leaders in government and industry are setting these goals because that’s what their supporters want, and every policy shift, every technological advance, and every increase in consumer awareness, has a multiplier effect that will reinforce everything else that’s happening, until the momentum towards a clean energy ecosystem becomes unstoppable.