It seems many automakers will bring an electric pickup truck to market, but none of these trucks is anything like the Cybertruck.

Posted on EVANNEX on November 16, 2020 by Matt Pressman

Early on, Tesla had the electric vehicle market all to themselves. The Roadster, Model S, and Model X had virtually no competition to speak of — other EVs, at the time, were in completely different market segments and/or had a lot less range. Later on the Model 3 had to contend with the Chevy Bolt, but we all know how that turned out. Then, things started to change for Elon Musk and Team Tesla.

By the time Tesla's Model Y arrived on the scene, there were already a few solid all-electric SUVs from traditional automakers (e.g. Audi e-tron and Jaguar I-PACE). But these still didn't quite measure up. That said, things might be different when Tesla introduces its first pickup truck next year.

Why? David Fessler writes in Investment U (via Profit Trends), "The race is on to grab [market] share in the all-electric, light-duty pickup truck segment of electric vehicles." It's a market that could, conceivably, become quite crowded. Fessler says traditional car companies are "starting to rev up hype" for their all-electric pickups. And that's not all. Startups are also flooding the market with pickup EVs.

First, Fessler points to GM's, "Hummer EV Edition 1 [which] boasts some pretty remarkable specs, such as 1,000 horsepower, three motors, the ability to go from zero to 60 mph in about three seconds, autonomous driving and passing, and more," including its "CrabWalk" feature allowing it to saunter along diagonally in tight, off-road situations. But, he says, "Prices start at $112,595. That’s expensive for a truck."

Meanwhile, "Ford is spending about $700 million retooling its historic Ford River Rouge Complex in Dearborn, Michigan, to make electric variants of its F-Series pickups. Deliveries of the all-electric F-150 are scheduled to start in mid-2022. The all-electric F-150 has some interesting capabilities, including 120-volt AC power." Pricing, however, is still not confirmed for the F-150 EV.

There are also smaller players entering the EV pickup space. Aimed squarely at the fleet market, "Lordstown Motors Corp, an Ohio-based manufacturer, introduced its all-electric pickup, the Endurance. Lordstown went public just last month. At 250 miles, the Endurance’s range is a little on the low side compared with its competition. And its towing capacity is listed at 6,800 pounds, about half of what competitors are offering. Prices start at $52,500."

In addition, "Nikola Corporation announced a strategic partnership with General Motors this past September. It gives GMC an 11% ownership stake in Nikola. The stake is worth $2 billion. GMC’s role in the partnership is to produce Nikola’s Badger pickup truck." That said, things have been a bit in flux since Nikola, and its founder Trevor Milton, have been mired in controversy.

Robert Bollinger, founder of another new electric truck company, told Charged the price point, ultimately, wouldn't matter. "What would be the coolest truck? What are all the things we want in here? Dual motors, 120 kWh pack to give us at least a 200-mile range, and four-wheel gear hubs for the ground clearance, it’s going to add up. So we’re definitely doing it for the features, not the cost,” explained Bollinger. Indeed. Bollinger's B2 Pickup Truck will be priced at $125,000.

One startup, however, looks to be aimed squarely at Elon Musk and Tesla. Rivian stacks up, to some degree, with Cybertruck. Recently released pricing makes it even more interesting. Eric Loveday reports in InsideEVs, "The big news is pricing and on that front, we see that the R1T will start from $67,500.There are just three versions on offer initially and the highest priced one starts at $75,000." 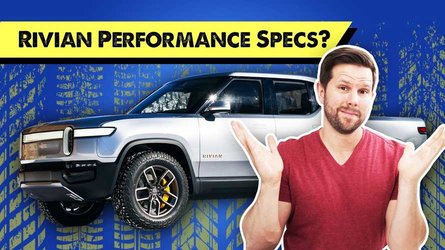 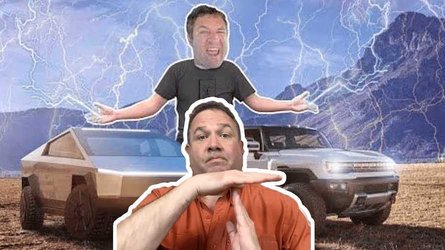 So how will this all shake out? Should Elon Musk be worried? CNBC is so intrigued that they produced a slick 18-minute comprehensive breakdown of pickup truck competitors entering the EV space. While the startups look promising, CNBC appears to be eyeing the showdown between Tesla and Detroit.

Discussing the race for supremacy in the electric pickup market, CNBC's Michael Wayland notes, "Everyone is rushing to it because they want to protect what they have. The Detroit automakers, they lead in traditional pickups, they don't want Tesla... to [suddenly] take away some of their customers. While Tesla, an EV leader, is coming to the segment trying to defend their all-electric marketshare. So it's really kind of a battle of two heavyweights."