Battery recycling is something we’ll be hearing a lot more about as EVs proliferate.

Posted on EVANNEX on August 29, 2020 by Charles Morris

Despite what the flat-earthers say, recycling lithium-ion batteries is not only feasible, but potentially profitable. The technology to do so is available today, and automakers and third-party firms around the world are currently developing recycling regimens.

However, there’s still much work to do to establish a true closed-loop recycling ecosystem, and that spells opportunity both for young companies (such as Li-Cycle, which has developed an innovative hub-and-spoke model for recovering usable battery-grade materials from shredded Li-ion cells) and established players (such as Umicore, which is recycling batteries for Audi, BMW, Formula E and others).

Of course, we expect Tesla, which has always been at the forefront of battery technology, to be a leader in the developing field of recycling as well.  In April 2019, the company announced plans to open its own battery recycling facility. (Previous to this, it had been using third-party recyclers.) Tesla says its new processing center at the Nevada Gigafactory recovers lithium, cobalt, aluminum, copper, and steel from used batteries.

Recycling batteries in-house is expected to save Tesla substantial amounts of money, as well as reducing pollution. “While fossil fuels are extracted and used once, the materials in a lithium-ion battery are recyclable,” Tesla reported in its 2019 Impact Report. “When petroleum is pumped out of the ground, chemically refined and then burned, it releases harmful emissions into the atmosphere that are not recovered for reuse. Battery materials, in contrast, are refined and put into a cell, and will still remain at the end of their life, when they can be recycled to recover its valuable materials for reuse over and over again.”

“The closed-loop battery recycling process at Gigafactory 1 presents a compelling solution to move energy supply away from the fossil-fuel based practice of take, make and burn, to a more circular model of recycling end-of-life batteries. From an economic perspective, we expect to recognize significant savings over the long term, as the costs associated with large-scale battery material recovery and recycling will be far lower than purchasing and transporting new materials.”

Above: Since the beginning, Tesla has demonstrated plans for battery recycling as part of its approach at the company's Gigafactory 1 (Source: Tesla)

As usual, media speculation about what Tesla and its partners are up to has been running far ahead of the actual information released by the company. However, Battery Day is coming up, and we expect to be enlightened about several matters that Elon Musk and others have been hinting at over the last couple of years. Is there any chance that Musk and and Tesla's former CTO could reunite to announce some major developments on the battery recycling front?

"Mr. Straubel, Tesla’s longtime chief technology officer, pioneered the lithium-ion battery powertrain design that helped propel the Silicon Valley company to what is now the highest valuation in the car industry. Since leaving Tesla about a year ago, he has been trying to solve a problem created by that success: Where to find all the nickel, cobalt and lithium needed to make the batteries," reports Higgins. "Mr. Straubel’s company, Redwood Materials, is taking a different tack, quietly aiming to build the biggest car battery-recycling operation in the US"

"We need to really appreciate that we need to build a Gigafactory in reverse,” says Straubel. “I’m looking into the future and seeing this freight train coming at us."

“Forever the entire market has been dictated by the commodity price of these metals,” Straubel explains. “This is a chance to change that whole equation and to realize material cost savings in a way that short-circuits that industry."

According to the Journal, "Tesla has [already] made great strides in reducing battery costs and is expected to detail further advances during its Battery Day event on Sept. 22. In its early days the biggest cost of the batteries lay in the complex processes to assemble them. As those processes have been perfected, Mr. Straubel says 50% to 75% of the cost of a battery for the industry now lies with its raw materials—where he sees potential for recycling to lower costs."

Furthermore, "Mr. Straubel envisions a process so efficient that batteries coming from the mountain of electric cars being retired in coming years could be quickly stripped down, recycled for their core materials, and used to rebuild new power cells, creating a closed loop [in which] hardly any materials are lost."

Straubel's Redwood Materials already has some major backing. It's reported that "in his first fundraising round this year, he raised around $40 million from investors led by Capricorn Investment Group and Breakthrough Energy Ventures, an environmental investment fund that includes Amazon founder Jeff Bezos and Microsoft co-founder Bill Gates."

Tesla and Musk aren’t listed as part of this venture, but Tesla's Gigafactory partner, Panasonic, appears to be intimately involved with Redwood."[Panasonic] late last year began a trial with Redwood to reclaim more than 400 pounds of the scrap it generates in making battery cells and now has upped that to 2 tons. All of the scrap coming from its side of the Nevada battery facility is now shipped to Redwood."

“His process looks like it’s way more sustainable from an environmental perspective,” said Celina Mikolajczak, a Vice President of Panasonic Energy of North America and a former Tesla battery expert who advised on battery issues for the original Roadster. 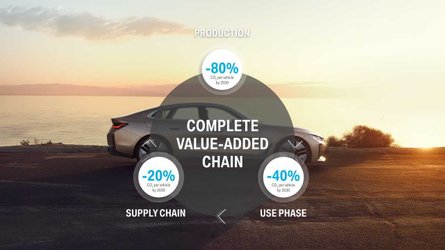 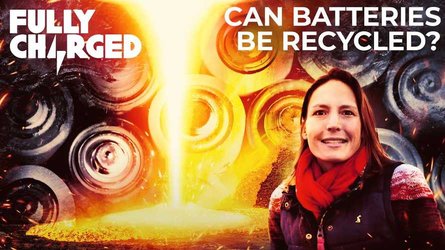 Straubel recently hired one of his former top deputies from his Tesla days, Kevin Kassekert, who helped oversee the construction of Tesla’s giant battery factory in Nevada. Meanwhile, Redwood plans to grow its workforce to as many as 200 staff by year’s end from about 50 this summer.

So, how big is the opportunity in battery recycling? It turns out that existing factories making cells for electric cars typically scrap about 10% of those batteries, according to Simon Moores, Managing Director of research firm Benchmark Mineral Intelligence. In 2025, that could mean about 80 gigawatt hours of cells will be trashed, or the equivalent to the size of the entire battery market in 2016, he projects.

Within that scrap, Moores told the Wall Street Journal, is 64,000 tons of lithium, or the equivalent of what more than two mines might produce in a year, with a market value of $500 million to $1.5 billion depending upon shifting market prices. The scrap also includes other precious components such as cobalt, nickel and other materials, representing billions of dollars of potential value in total.

“Those that crack this technology to turn it into a battery quality material will have a huge business,” Mr. Moores said.

Mr. Straubel says that within a decade, he hopes his recycling will bring the price of raw materials down to about half compared with mines. That, he said, could help make electric vehicles—from trucks to trains—ubiquitous.