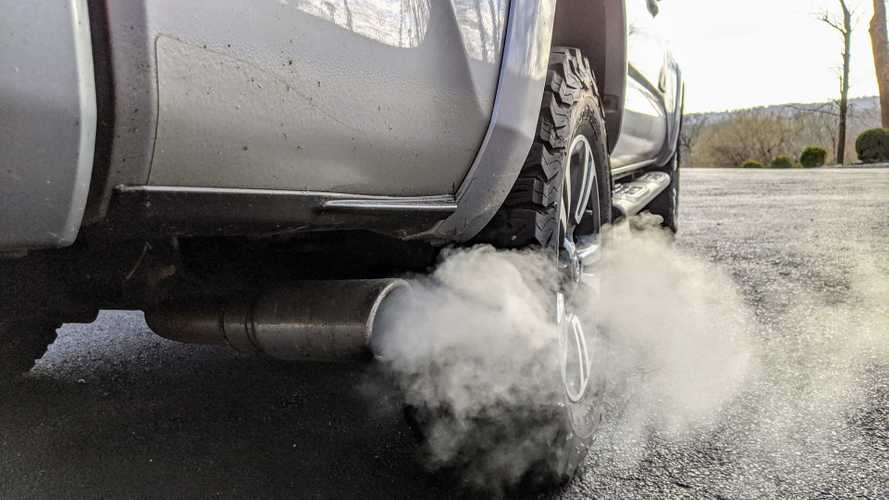 The past few months have been a wake-up call on some levels. Hopefully, change is coming.

How Does An Electric Car Really Work? Let's Take A Brief Look

Why Does Electric Car Design Take Inspiration From The Skateboard?

As Tesla Pushes Forward, The Electric Car Landscape Is Changing

The global lockdowns imposed in response to the COVID-19 pandemic were a hardship in many ways, but there was a green lining: clear skies and quiet streets in cities where clouds of smog and stress-inducing noise levels have been the norm. Residents from Los Angeles to New Delhi saw distant mountains they’d never seen before, and wondered why these inspiring vistas couldn’t be permanent. The fact is that, if we want cleaner air, we know how to get it.

Alas, it seems that the dawn of a new Clean Air Age may have been just a fleeting dream. Air pollution in China has climbed back to pre-pandemic levels, and scientists say the same will probably happen in Europe soon.

Data from the Centre for Research on Energy and Clean Air (CREA) shows that concentrations of fine particles (PM2.5) and nitrogen dioxide (NO2) across China are now at the same levels as one year earlier (as reported by The Guardian). At the height of the country’s coronavirus response in early March, NO2 levels had fallen by 38% from 2019, and levels of PM2.5 were down by 34%.

“The rapid rebound in air pollution and coal consumption levels across China is an early warning of what a smokestack industry-led rebound could look like,” said CREA Lead Analyst Lauri Myllyvirta. “Highly polluting industries have been faster to recover from the crisis than the rest of the economy.”

The energy consultancy group Wood Mackenzie predicts China’s oil demand will recover to near normal levels in the second quarter of 2020. In Wuhan, the epidemic’s epicenter, NO2 levels are now just 14% lower than last year, and in Shanghai, the levels are actually 9% higher compared to last year.

European cities also saw major drops in air pollution during the lockdowns. Data from the Copernicus Atmosphere Monitoring Service (CAMS) shows that 42 of 50 European cities recorded below-average levels of NO2 in March. In London and Paris, the drop in levels of NO2 (a pollutant mostly produced by diesel vehicles) reached 30%.

“We do expect pollution to rebound, but we have not been able yet to show that,” said CAMS Director Vincent-Henri Peuch. Distinguishing the changes caused by the lockdowns from other factors, such as weather and chemical interaction of pollutants, is complex. CAMS is now working to produce a robust report on the coronavirus effect.

Air pollution has been linked to heart and lung damage, and there is growing evidence linking dirty air to increased risk of death from COVID-19.

Meanwhile, a recent Canadian study has found that converting all cars and SUVs in the Greater Toronto area to EVs would reduce air pollution-related deaths by 313 per year, and deliver estimated monetary benefits of $2.4 billion.

“Local air pollution within urban environments is highly detrimental to human health,” said Professor Marianne Hatzopoulou of the University of Toronto, and the lead researcher on the new study, “Clearing the Air,” which was published by Environmental Defence and the Ontario Public Health Association. “When you have an electric vehicle with no tailpipe emissions, you’re removing a wide range of contaminants—from nitrogen oxides to fine particulate matter—from the near-road environment and shifting them to power plants. The net effect remains a large improvement in air quality.” (In fact, a wide range of studies has found that electrification not only shifts the location of emissions, but reduces them overall.)

Health Canada estimates that 3,000 premature deaths per year can be attributed to air pollution in the Greater Toronto-Hamilton Area.

“If you bring it down to an individual level, each electric vehicle replacing a gas-powered one brings nearly $10,000 in social benefits,” Hatzopoulou said. “Those benefits are shared by everyone, not just the people buying the cars.”

Hatzopoulou’s study looked only at the Toronto-Hamilton metropolitan area, but similar health and financial benefits could probably be demonstrated for most cities. So, converting to clean energy and transport would clean up the air, and bring health and financial benefits. It would also generate jobs. Several sources (the US Department of Energy, the National Resources Defense Council, the Energy Futures Initiative and the Energy Innovation think tank, among others) have calculated that jobs in the renewable energy and electric vehicle industries already outnumber jobs in all the fossil fuel industries combined.

What on Earth are we waiting for?