Why Does Electric Car Design Take Inspiration From The Skateboard? 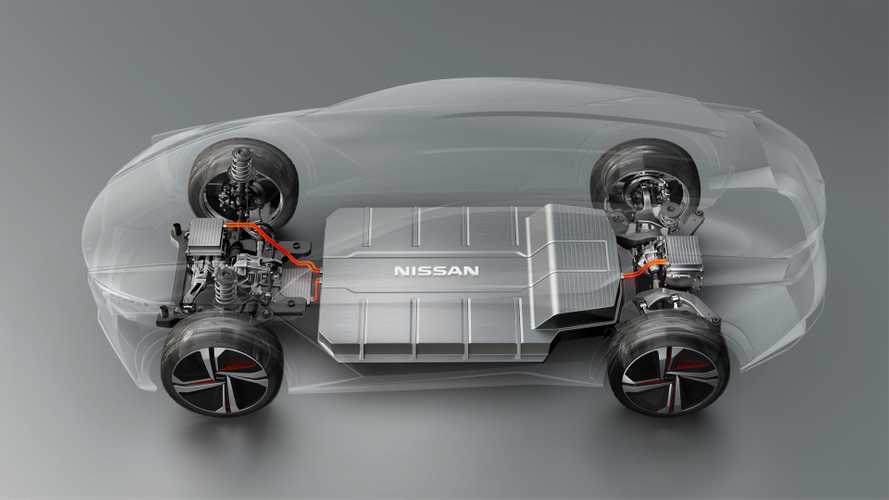 The skateboard is about as simple a vehicle as one can imagine, so it's fitting that many EVs employ a 'skateboard' design.

This Tesla Cybertruck Design Visualizer Is Fun And Useful
⠀

It’s hard to think of a vehicle that’s simpler in its design than a skateboard. However, this very simplicity may be the reason that this humble conveyance is providing the inspiration for the most technologically advanced vehicles ever devised.

Above: A "x-ray" look at the original Model S skateboard design (Source: Tesla)

When automakers first started designing modern EVs, their approach was to shoehorn electric powertrains into existing gas vehicles. Tesla was no exception—this is what it did with the Roadster, which was loosely based on the chassis of a Lotus Elise. However, the limitations of this approach soon became apparent. The advantages of electric drive can only be fully realized in a vehicle designed “from the ground up” as an EV.

When Franz von Holzhausen, Jerome Guillen and the rest of the Tesla team designed Model S, they started with a “clean sheet of paper,” and the “native EV” they came up with bore an unmistakable resemblance to the street surfboards favored by adventurous adolescents.

“The architecture of Model S is really similar to a skateboard,” Franz von Holzhausen told Bloomberg in 2013. “The floor of the vehicle is the battery pack, and the motor is between the rear wheels. Everything above that is the opportunity space.”

Unfortunately, many of the legacy automakers are still trying to stuff the square peg of an electric powertrain into the round hole of a fossil-fuel-vehicle chassis. However, the more forward-looking ones are embracing the technology that Tesla pioneered seven years ago, as Jil McIntosh writes in Driving.

GM and Audi have discussed using the skateboard architecture as the basis for new EVs, and Rivian’s upcoming pickup truck and SUV are based on the concept. Californian startup Canoo, which has developed a skateboard platform, recently announced a partnership with Hyundai.

Automakers have been using “platforms” to share development costs among different models for decades. However, the skateboard concept refers to an actual physical platform, which forms the floor of the vehicle, and incorporates the battery. As every Tesla fan knows, this arrangement gives the car a low center of gravity, which greatly improves handling.

Above: A look at the Audi e-tron's skateboard design (Source: Driving via Audi)

Nowadays, forward-looking vehicle designers are taking the concept a step further, envisioning a skateboard that incorporates the entire electric powertrain—battery, motors and power electronics. An automaker can top the skateboard with different bodies to produce a variety of vehicles.

Tesla was not the first automaker to conceive of a skateboard-based vehicle. That honor seems to belong to GM, which used the design in a 2002 concept car called the Autonomy, envisioned as a hydrogen-powered autonomous vehicle. The Autonomy, however, was never operational.

GM's later concept, the Hy-Wire, had a skateboard chassis that was designed to work with interchangeable bodies—for example, an owner could start out with a coupe, and later switch to a sedan, just by removing and replacing a few bolts.

Like most concept vehicles, the Hy-Wire never made it to a production line, and that’s probably just as well. However, the skateboard design makes a lot of sense, and as more automakers gradually embrace electrification, it’s likely to become the norm.