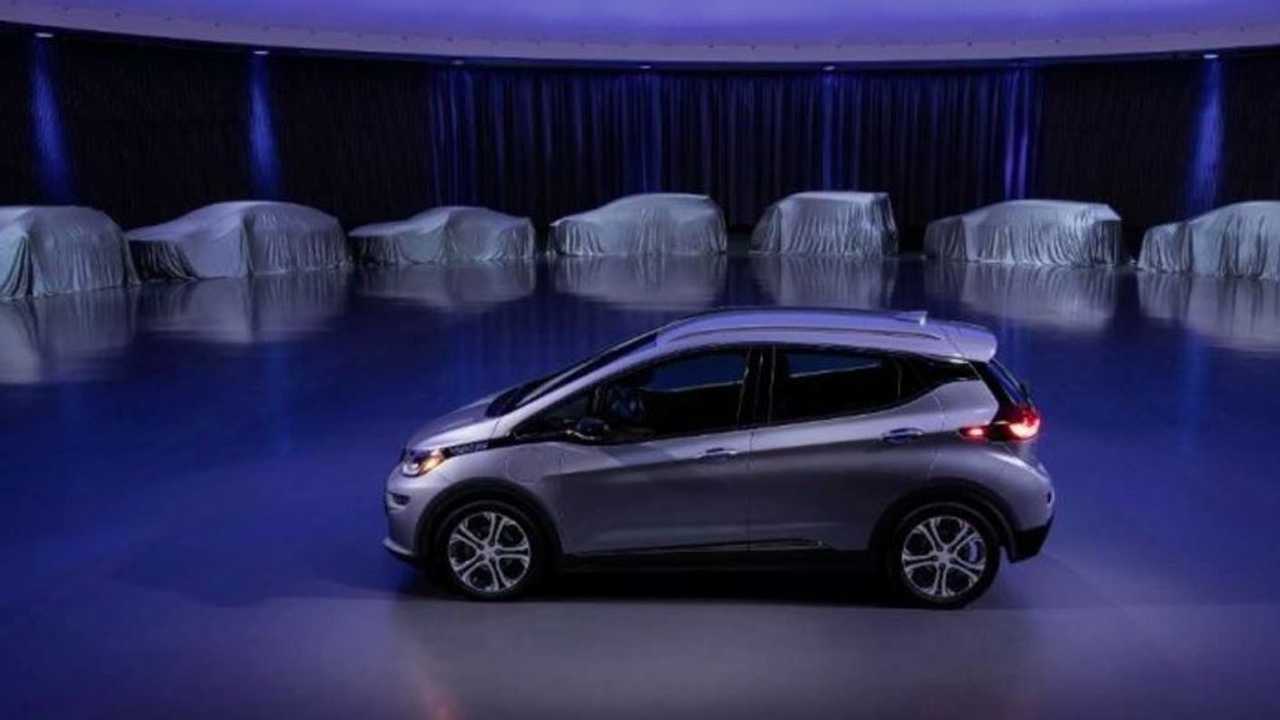 This time they’re serious—after two decades of compliance cars and canceled EV programs, the legacy automakers are finally “committed to an electric future.” GM CEO Mary Barra recently announced $20 billion of investment in electrification projects, along with plans to produce a million EVs over the next few years. Ford Executive Chairman Bill Ford has repeatedly said his company is “all-in” on EVs (in 2009, and again in 2018).

Above: Chevy Bolt parked next to a Tesla Model 3 (Flickr: Steve Rainwater)

And of course, once these industrial giants devote their financial resources and their economies of scale to producing EVs, tiny Tesla won’t have a chance. The most recent wave of “Tesla killers” may have harmlessly lapped at the shore, but this one will be a real tsunami!

Can this be true? Is the end of the Oil Age at hand? Well, there are certainly some encouraging signs. For the first time, Big Auto is planning to build electric versions of the models consumers are actually interested in buying—SUVs and, in the US, pickup trucks. And some of the global brands are beginning to show some interest in actually marketing their EVs (at least during the Super Bowl). On the other hand, the vast majority of the new investment that’s been announced is for the Chinese market, and GM, for one, is still doing its best to get US emissions standards watered down.

To gain some perspective on the commitment of GM and Ford to electrification, and the threat they might offer to Tesla’s dominance of the EV market, let’s look at some numbers.

According to data from AutoForecast Solutions (as reported by Reuters), GM and Ford collectively plan to produce about 325,000 electric vehicles in 2026. That represents about 5% of the two automakers’ combined vehicle production in North America. In the same timeframe, the two largest American automakers will be making some 5 million gas-powered SUVs and pickup trucks.

In comparison, Tesla produced over 367,000 electric vehicles in 2019 (as reported by InsideEVs).

Ford and GM each have several new EVs in the pipeline. Ford plans to launch the Mustang Mach-E later this year, and says it will introduce an electric version of its F-150 pickup in 2021. Also in the pipeline are an electric Transit van and a Lincoln crossover based on an electric platform developed by Michigan-based startup Rivian.

In early March, GM teased 13 future EVs at an exclusive event for journalists (no specs offered, and no photos allowed). The first of GM’s new EVs will be an electrified Hummer, which is expected to arrive in late 2021, and seems certain to be a high-priced, low-volume model. An updated Chevrolet Bolt EV and a slightly larger model, the Bolt EUV, will go into production next year, and a next-generation Bolt is expected in 2023. Crossovers and SUVs from Buick, Cadillac and Chevrolet, as well as an electric pickup, are to follow, beginning around 2023.

Meanwhile, GM and Ford expect to build some 40 different trucks and SUVs in North America (mostly gas-powered), in 2026.

As Reuters notes, AutoForecast’s data is based on planning information provided to suppliers by the carmakers themselves. Ford and GM executives confirmed the accuracy of the data, and defended their go-slow approach to electrification. “We’re trying to time this with the natural demand of consumers [so] we’re not forced to do artificial things, and we don’t violate the laws of economics,” said Hau Thai-Tang, Ford’s Chief Product Development and Purchasing Officer.

Why are automakers touting their “commitment to an electric future” in the press, while their production plans are for more and bigger gas guzzlers? AutoForecast VP Sam Fiorani believes the Big Two automakers are sending two messages to two different audiences. The narrative is that Wall Street is very interested in EVs (Tesla’s stock price makes this clear), but car buyers are not (Tesla’s sales figures seem to prove otherwise).

“GM and Ford understand that buyers want more SUVs and trucks, but they’re also trying to play to Wall Street, which thinks the future is all about electric vehicles,” says Fiorani. “The Detroit automakers would love to get a little of that Tesla magic and money,” presumably by hyping their EVs in the press, while actually selling as few as possible.

While the mainstream press remains credulous, the EV industry trade press has seen this movie before, and longtime EV journalists are not fooled. Teslarati’s Simon Alvarez calls the Big Two’s production plans “a joke,” and notes that “with such a strategy in place for North America, Ford and GM’s upcoming electric cars risk becoming yet another generation of compliance cars.”