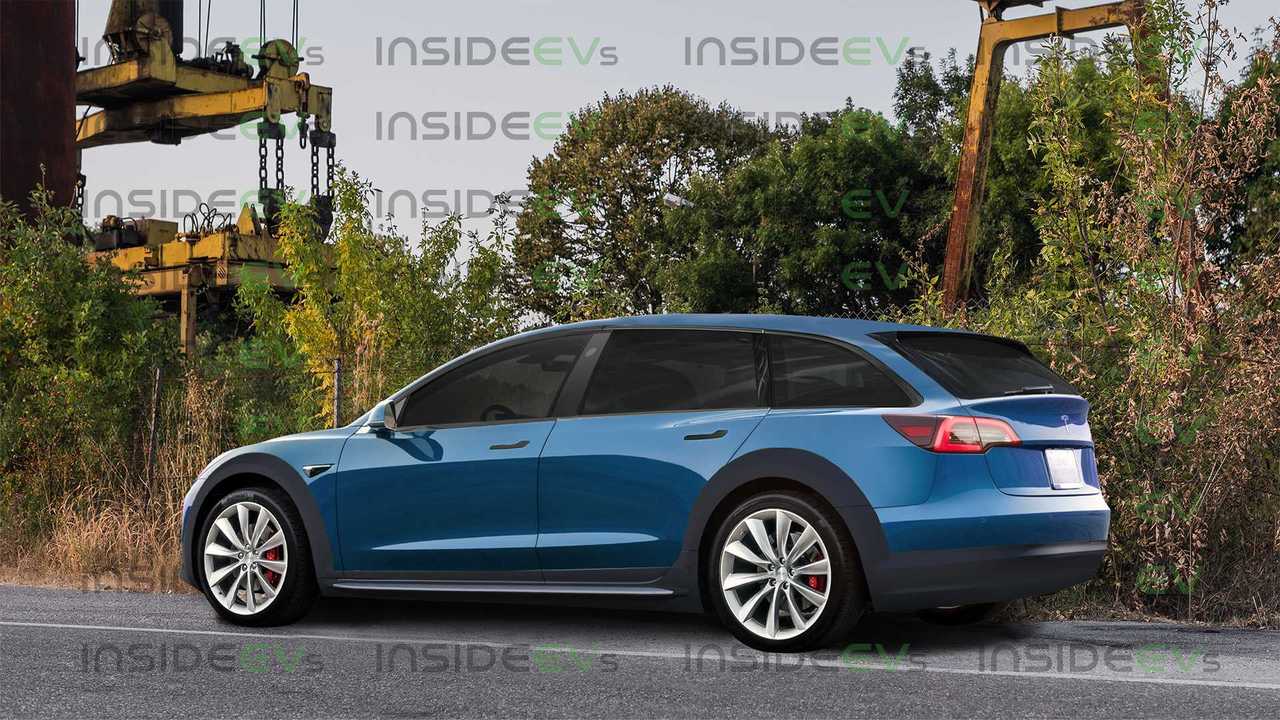 Raised ride height, plastic cladding and a lot more room for cargo would transform the Model 3.

The electric car scene is now raving about how good the new Tesla Model Y is, and specifically how much better it is compared to the Model 3 sedan. And the scene has every right to praise the Y for the ways in which it’s superior: it has more space inside, especially for rear passengers and their cargo; its trunk is way bigger and more practical.

My only gripe with it is that it’s a high-riding crossover which for me doesn’t make it as desirable as the Model 3. As I elaborated here, I think a lower, sleeker car is just better than a taller, heavier and more cumbersome one, irrespective of the practical gains provided by the latter.

Nobody in their right mind would ever call the back seat of a Tesla Model 3 or its trunk remarkably spacious - they aren’t. But I’d still put up with the limited space in order to enjoy the Model 3’s lower center of gravity, lower driving position and generally sportier feel.

But if I really couldn’t live without the Y’s extra practicality, I’d honestly wish for Tesla to make something like the vehicle in the rendering I whipped up to illustrate this piece. What I tried to create was the Model 3 equivalent of an Audi A4 Allroad, which is the German automaker’s answer to people who don’t want an SUV but simply must have its practicality.

Op-Ed: What If The Ford Mustang Mach-E Was A Coupe?

Firstly, the A4 Allroad is based on the A4 wagon whose trunk is massive. Audi has also raised its suspension and put plastic body cladding all around the lower part of the car, just in case you may want to leave the tarmac in it from time to time. Its party piece, though, is the fact that on the road, it drives almost exactly like any A4 and it doesn’t feel nowhere near as top heavy as Audi’s equivalent SUV, the Q5.

And this brings me back to my rendering. I think a Model 3 wagon would probably have more space for cargo than the Model Y, plus since its roofline wouldn’t slope down so dramatically towards the rear, it would provide more headroom for passengers in the back too. Its slightly taller suspension would make it ideal for occasional light off-roading escapades, while not compromising its on-road handling in any significant way.

All this might just be the ramblings from the mind of someone who frankly just doesn’t like SUVs and will go to any lengths to not recommend one. Maybe it’s just my bias clouding my judgment, but I’d pick a raised wagon like the A4 Allroad over the equivalent SUV any day, and the same goes for the Model Y. Too bad Tesla will never make a Model 3 wagon, let alone this Allroad-style model pictured here.